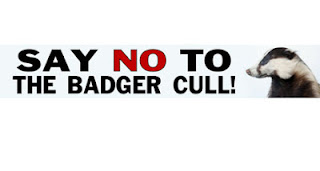 A session combing the banks of the River Severn on Saturday eventually paid dividends when I located a Common Club-tail Dragonfly. It was fairly newly emerged and doing it's best to lay low in the long grass while it got itself together. Not many county sightings at this point, didn't expect my first Dragonfly of the year to be this one to be honest.

There was a complete lack of other Odonata, which ironically had been my banker..I was expecting to see a few damselflies, and just hoping I would get lucky with a Club tail. Also of interest was a couple of caterpillars, the larvae of Drinker Moth and Scarlet Tiger moth.


There were also reasonable numbers of the diminutive Lesser Yellow Underwing moth.

From here I moved onto The Wyre and in search of a speciality that has been slow (like most things ) to show in any numbers this spring.Along the way there good numbers of Speckled Yellow Moth ( far to lively ) and Brimstones After a bit of walking I found a good spot and was lucky enough to observe a pair of copulating Pearl Bordered Fritillaries, showing nice and close.


One the way home I swung by my patch, and  I was  clearly on a roll ! I was delighted to spot a moth that has eluded me til now, Mother Shipton.

Duke of Burgundy crowns the day

It was off to the glorious Cotswolds and a site near Stroud that has the potential to yield the rare Duke of Burgundy butterfly. I had studied the weather and there was a chance of a little sun, but the unreliability of spring made this a bit of a risky venture, and even if it was kind, there was no gaurentee I would see the critter.
There were dozens of Early Purple Orchids on site.


And luck was on my side, after an hour or so, with nothing but a fleeting glimpse of a Lattice Heath Moth I chanced upon an area that held held around 10 Duke of Burgundy's ! They all appeared to be be pretty fresh too. In the same area were a number of very flighty Dingy Skippers, and a couple of Green Hairstreaks. The patchy sun meant the butterflies were lying low for periods of time, but over a couple of hours I enjoyed some right royal company!


The Biggest Surprise on my patch for a while was spotting a Grass Snake as I walked some set aside close to Barnet Brook wood, a patch reptile mega !! I legged it straight away, unfortunately before I could get a record shot.
On  the same Bank Holiday Monday I was delighted to find a patch Garden Warbler. There were also good numbers of Orange Tips about. A species that had worryingly eluded me thus far in 2013 was Speckled Wood. Thankfully during a four hour thrash of the patch, I came across a handful of this species, which I think is a bit under rated. A very smart butterfly and I love finding them in the dappled sunlight of woods and lanes.

﻿﻿
﻿ I also had my first Holly Blue out on the patch,  and 3 were flitting around my Laurel that weekend.
It was good to see the numbers of Common Whitethroat building too, but it is noticeable how behind some of the vegetation seems to be, many hedges still quite bare I think for the time of year.
The addition of some Lavender to the garden has yielded rapid results, and this ♀ Hairy Footed Flower Bee was soon on the case


﻿
The moth trap has been steady rather than spectacular. I've had regular but small numbers of Early Thorn, Bridled Beauty, Early Grey and Hebrew Character mostly of late.
The latest 'lifers' have been a single Shoulder Stripe, and Red Twin Spot Carpet, taking the total species trapped in the garden up to 17 this year so far. Hopefully the introduction of Lavender, Budldeia, Honeysuckle and a few others will increase the inverts attracted, if the sun shines again like it did for the Bank Holiday !

When I started early  my afternoon walk into Monkwood on Saturday, the hunch I had had all week that Today would finally be the day I would see my first Odonata of the year began to fade.But as I approached the site the cloud cover broke up and suddenly there was my first Large Red Damselfly of the year !

Last year I had my first on the 5th of May, but I was only just really starting my interest with Odonata, and they had been kicking around in Worcestershire since early April last year, due to the mild spring March weather of 2012.
Not so this year, I had yet to see any records from Worcestershire, so maybe this was a first ?

Whats more important is that they are back, and what made my afternoon was finding my first Exuvia..I actually found the Teneral, or newly emerged Damselfly first, clinging to vegetation, trying to avoid predation whilst it gradually and magically came to life. A few inches away in some adjacent vegetation was its exuvia..a whoop for joy rang through the wood !


The teneral beastie, after 15 minutes or so, made its maiden flight , just a few yards. You could see the red colours appearing in its body before your eyes. After a few more minutes, it was off again into higher vegetation a few metres away, no doubt to finish the maturation process in a less snackable location.