Dipper on the Doorstep !

January is all about walking off  the Christmas excesses and re- starting the only bird list I really keep, The Patch yearlist. Egged on by Brett Westwood's latest radio broadcasts, I have walked the patch with grim determination this month.
Surprisingly, the first month of the year often seems to  yield a really good new patch bird, more so in fact than many migration months of late. January 2014 saw Woodcock and Merlin.
Whats always interesting is seeing how years compare. A real lack of finch flocks and no Siskins or Redpolls so far this year has also mean't no Bullfinch or Brambling being recorded. The Great Crested Grebes have disappeared, but I've had record Goosander numbers, a peak count of 30 on the 12th.
I rediscovered the Stonechat on the 11th, first seen on new years eve, and gratefully snaffled it onto the year list.
Despite adding nothing new for the year on my final two walks, and despite the many missing usuals, I had still managed to steal a march on last years total of 54.
On the 17th, I finally added a Great Black Backed Gull to my patch life list, One from the local large flock harbouring the Iceland Gull no doubt. Unfortunately, the Icelandic fella has yet to be seen crossing the patch boundary.
On the 18th, a second lifer for the patch, and probably the best bird I have ever found on it, a Dipper on the stream that rises near Belbroughton and enters The Stour near Wilden. Watched with astonishment for five minutes hopping on and off a log in the water before calling and flying over my head and going downstream.
Final January total 56. ( with a yearly average of c 80ish birds, I'm well into the business end of the list now ! )
Below, the dawn of another year on the patch. 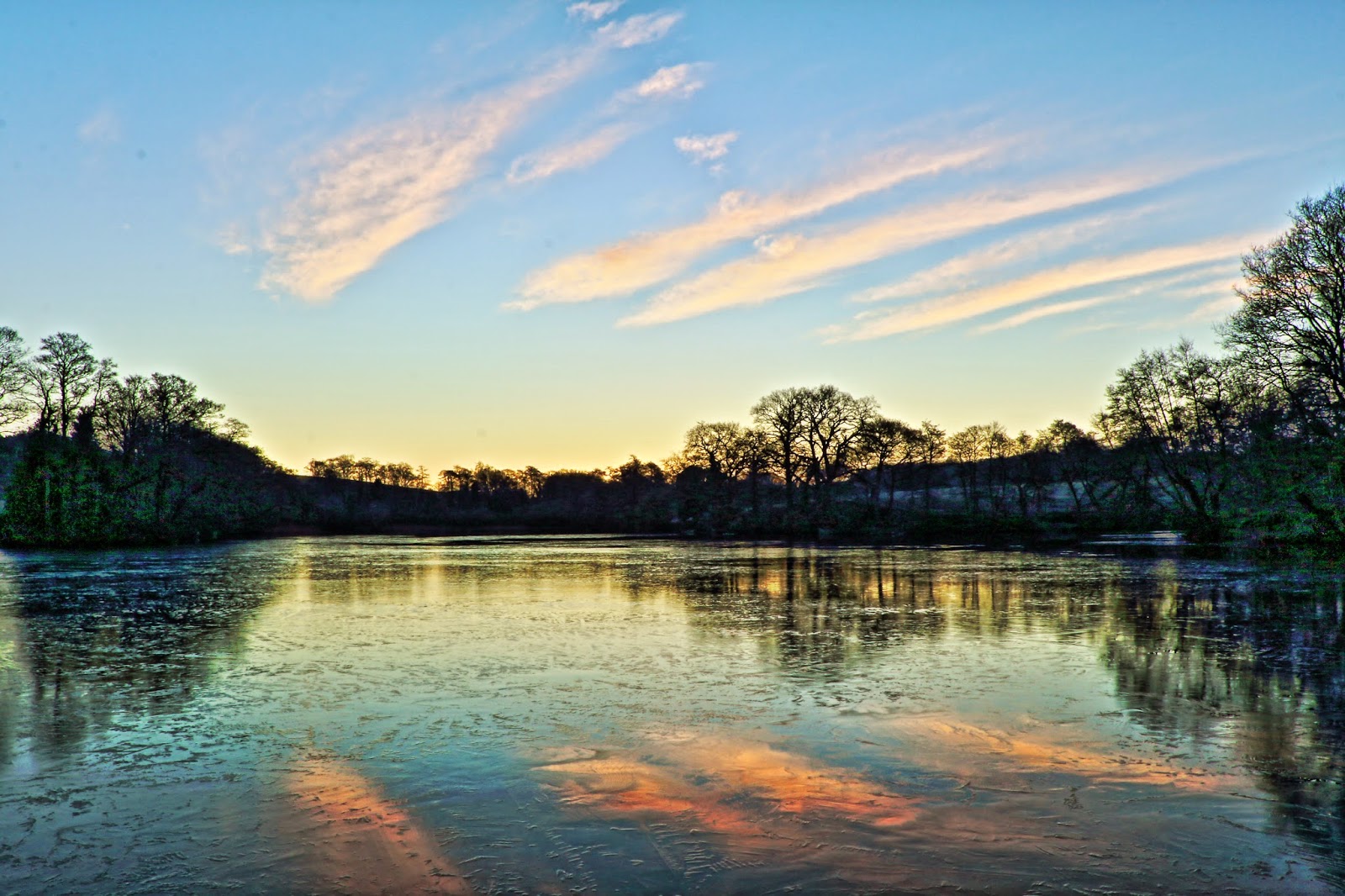 Its been a battle of the elements so far this year, heavy rain, freezing fog and strong winds. Nothing has deterred me from getting out and about though .The biggest reward has been discovering the New Years eve Stonechat is still about, spotted on the 11th, pushing my patch year list past the half century mark.

Despite covering the area where I usually find good early Snowdrops, I somehow forgot to check until today, and lo and behold it looked like they they had been out waiting for me for a few days. Still, it beats last years first find by a whole week. Good to see ! 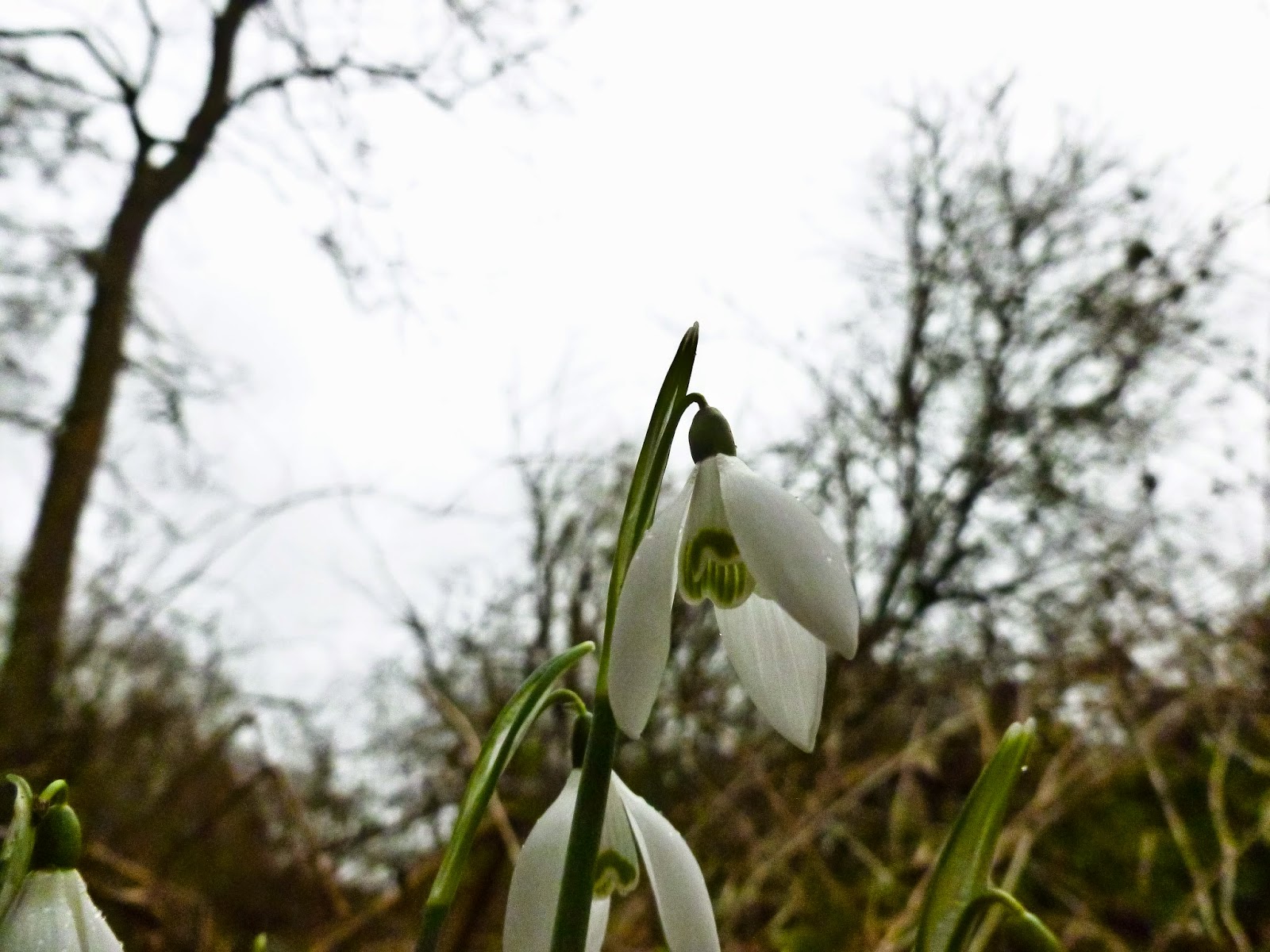 
Its always nice to see mammals on the patch, unfortunately often the only way to record them is when they have perished, and this, literally is what had happened to this Common Shrew that I found one frosty morning. I placed him on a post for a photo, 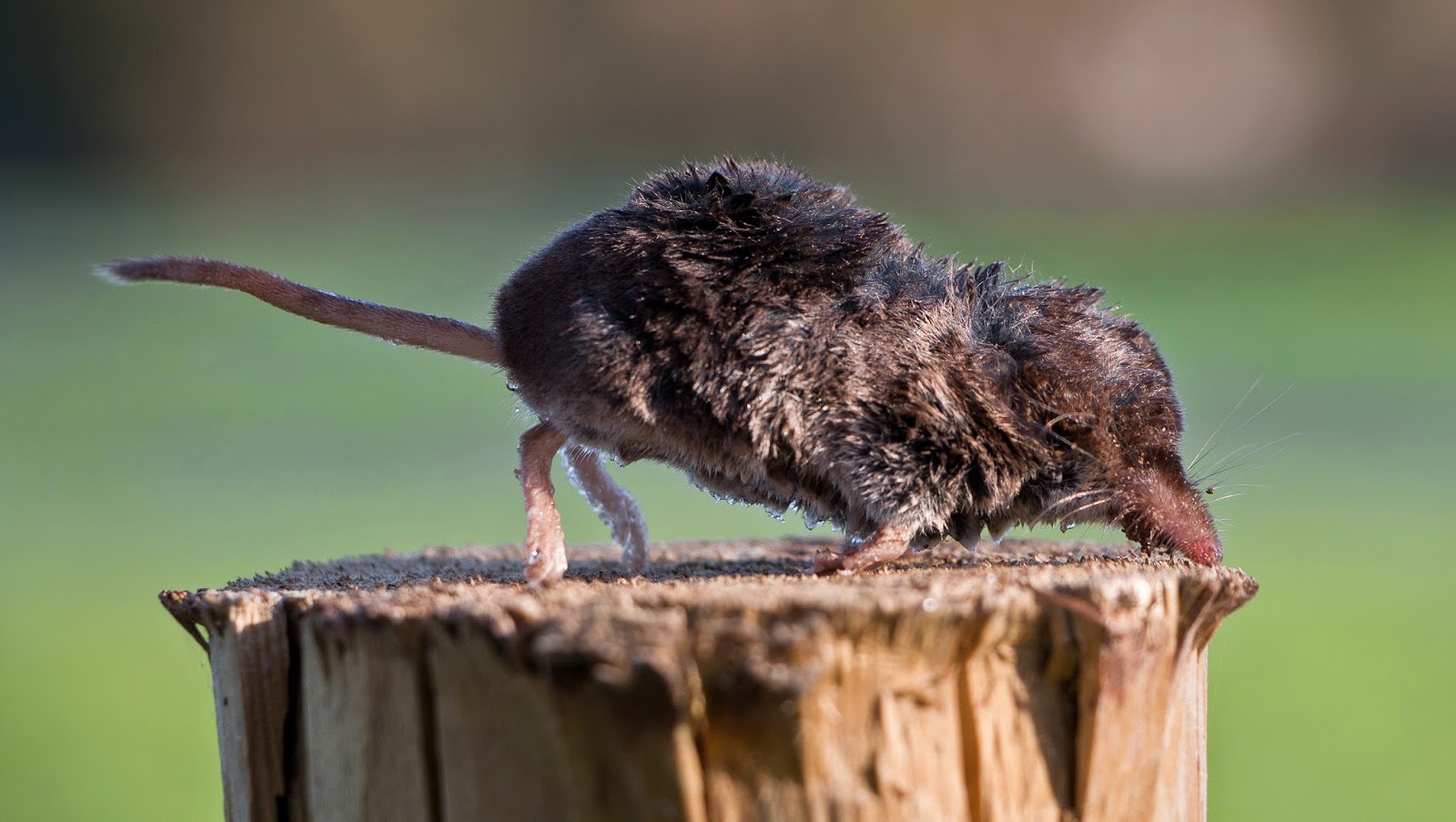 Although I had a couple of sightings of Fox on the patch at the start of the year, I had not had a sniff of one since. On the 28th I spotted a foxy fella in the paddocks, and on the 29th, I went a huntin' for my first patch record shot.
I got more than I bargained for in the end, as I actually flushed a Hare that Mr Fox had obviously been stalking for lunch, and appeared a few seconds after the Hare had bolted, giving me a dirty look as he skulked off. 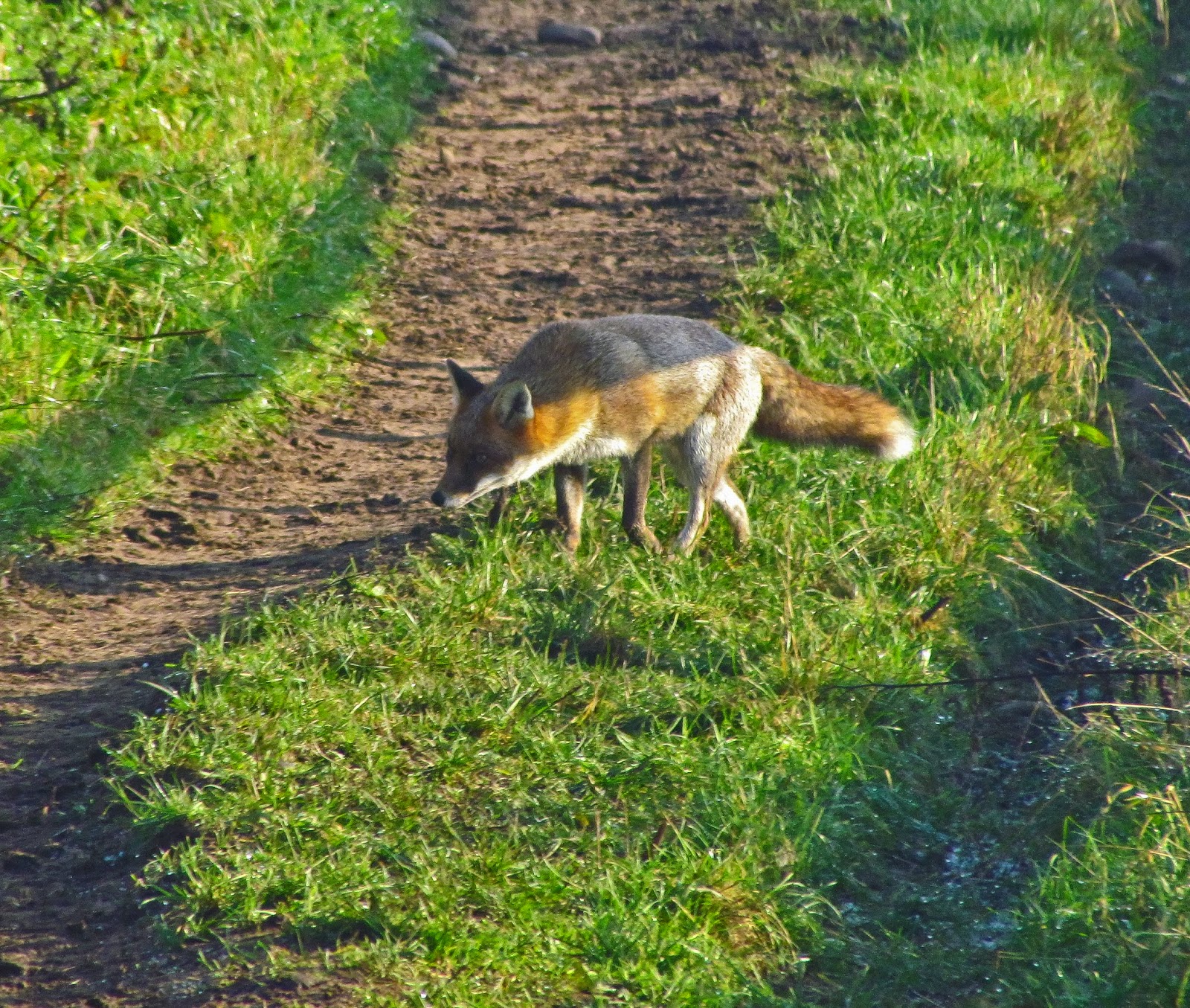 The patch year couldn't have ended better.On New Years Eve, on the last few steps of my last circuit of the year, I spotted a Stonechat, a patch lifer ! (Distant record shot below).
A fitting end to the year, I felt like the patch was giving me a final reward for all the hours I've tramped around it over the last 12 months.

Looking forward to finding more natural history of interest out and about in 2015 . Thanks for reading.