The lovely Spring weather continued to be both a pleasure to walk in, and a catalyst for some more nice observations 14-16th.
Both Red Tailed  and  Tree Bumblebee were recorded feeding and hunting out a nest site. 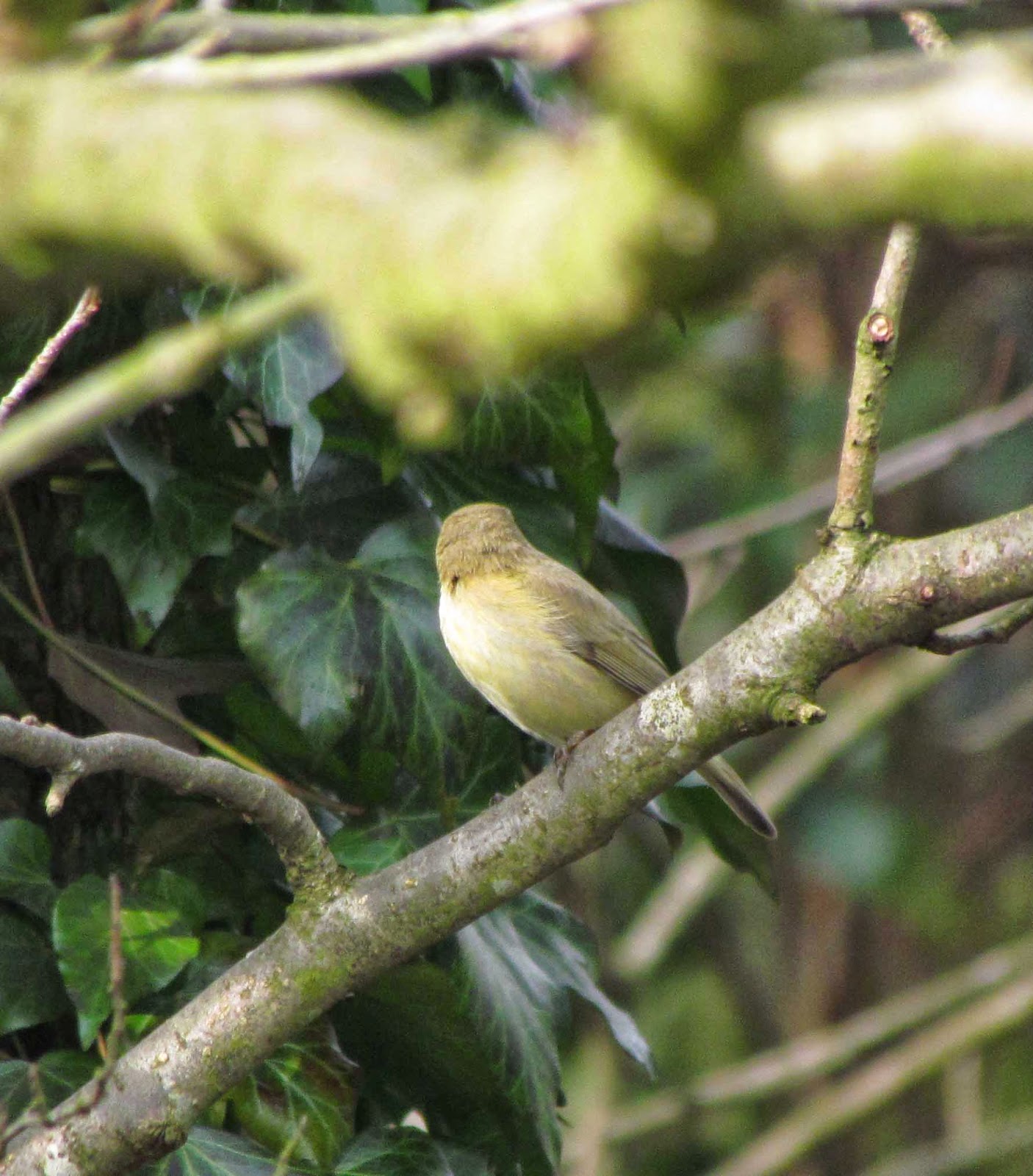 The wild flowers so far this year have been great. The abundant Lesser Celandine is quite a sight and seems a good enough reason that I connected with not one but at least 6 Brimstone Butterflies ( a butterfly patch lifer) on Sunday 16th. 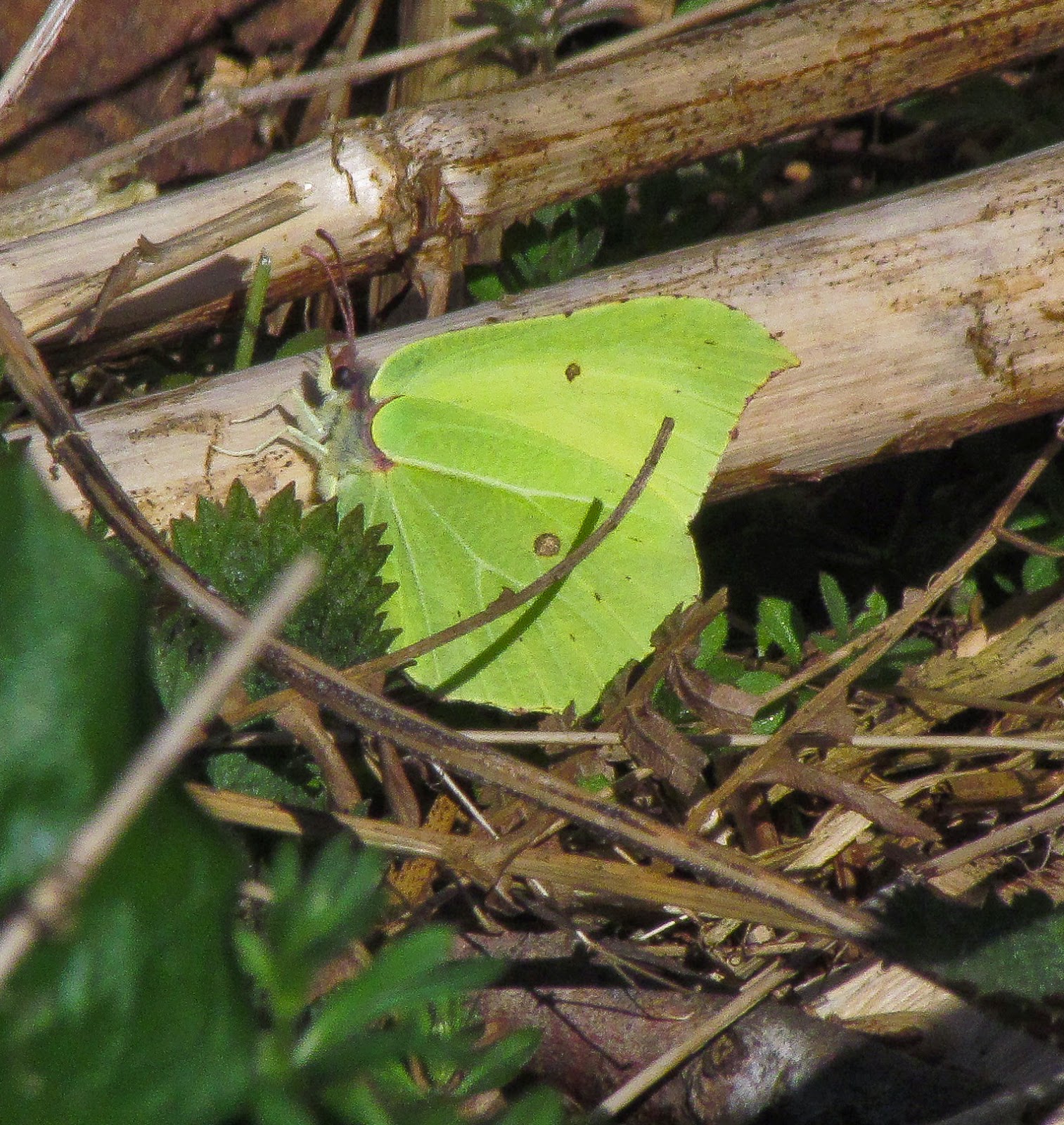 This coupled with double figures of the Small Tortoiseshells, Comma's and Peacocks made it feel more like summer than early spring. I even recorded a Red Admiral, another year tick ! 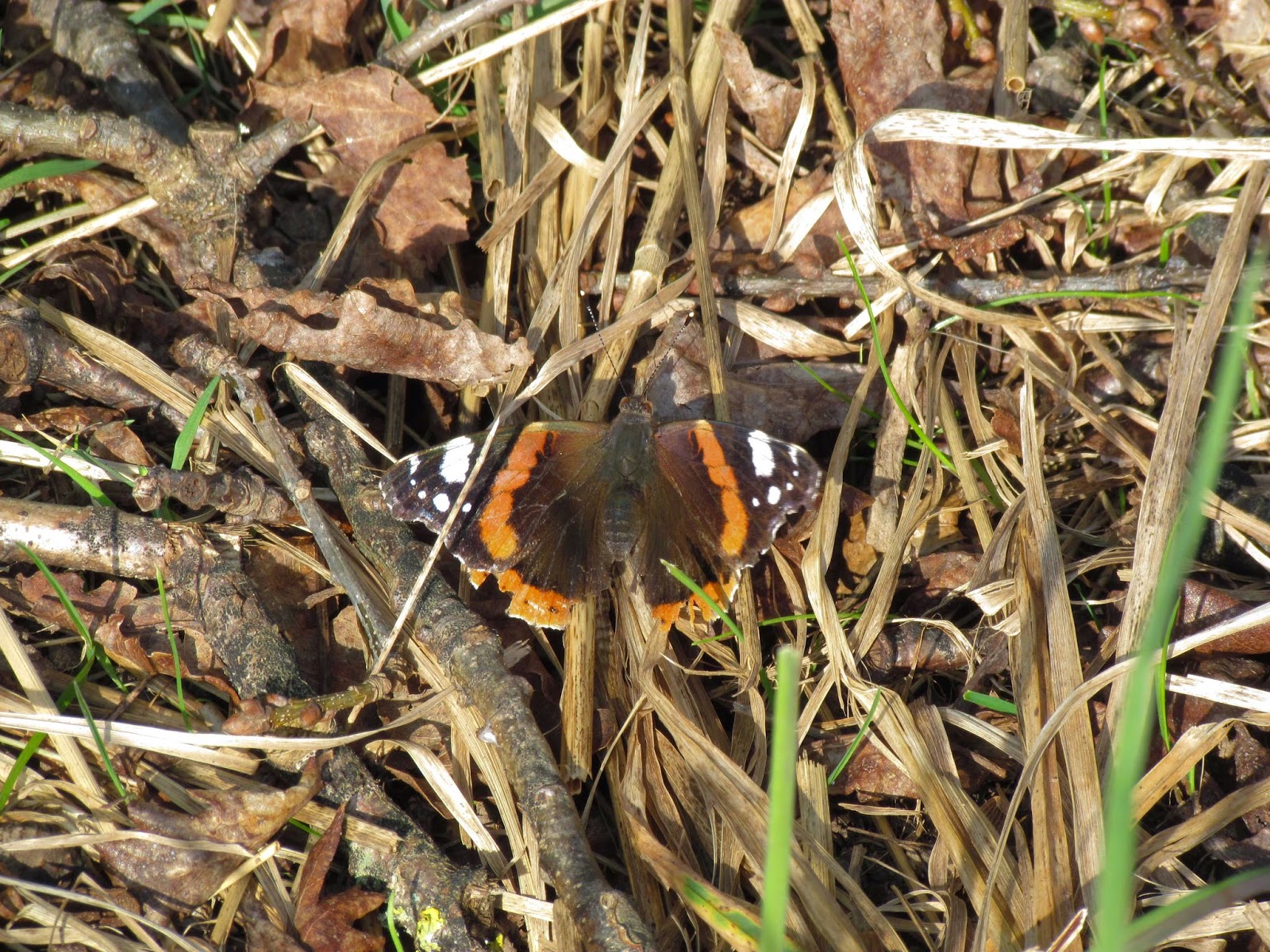 I have watched at close quarters a pair of  Long Tailed Tits nest building for over a week now, I'm hoping to follow their adventures over the coming weeks.

This Spider was out basking, seems good for Agalenatea redii. 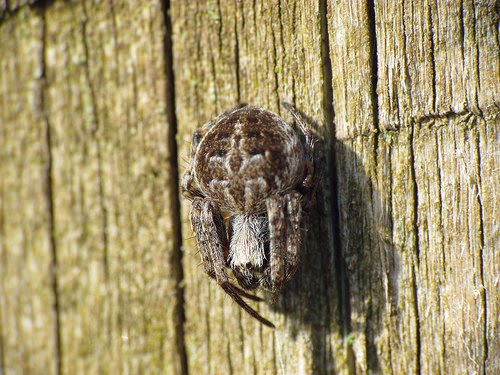 Finally a plant I was really please to find, I didn't know for sure if they were on the patch. Wood Anemone

This and the Brimstones were especially pleasing, and with one weekend left of March, I can reflect that it has already been a great month, with some really pleasing records. A Wheatear would round it off nicely !


Around  3.30pm Monday I picked up on what I believed was a moth species on the wing. Initially I was wandering if I was picking up more Small Tort's, but further observation revealed a jizz I knew had seen before. Two years ago I had seen Orange Underwing and Light Orange Underwing at Chaddesley. However, that was on a woodland ride, and this was on a bridle path on paddocks. The moths however stayed largely in a young plantation, which was fenced off. I eventually saw one through the binoculars settle a fair way away but I saw enough to be 99% certain it was Orange Underwing.
I was unable to get a record shot, they were just to flighty, appearing out of nowhere, giving me the runaround before vanishing into the ether. They are afternoon flying moths and I was resigned to spending a few hours at the site over the coming days if a record shot was to be procured.
I returned the following afternoon armed with a few litres of water.  This wasn't to glug while waiting, they like to come down to drink from puddles, and the area was puddle free. They roundly spurned my cunning plan. However, eventually I saw one critter settle about 25 yards away at the top of a young tree. Using the digital zoom I was just about able to grab a quick snap ! Suffice to say I'm delighted with this discovery, peak count c15.

And if that wasn't good enough, just as I was leaving , A Great Black Backed Gull drifted over lowish, showing very well against the clear blue sky. A patch lifer !
On Tuesday Morning the Bumble Bee list kicked off with an Early Bumblebee ( Bombus pratorum)
Nearby I spotted 3 tiny ladybirds. These were another Ladybird lifer, this time 24 Spot Ladybird


Other interesting species identified this week. 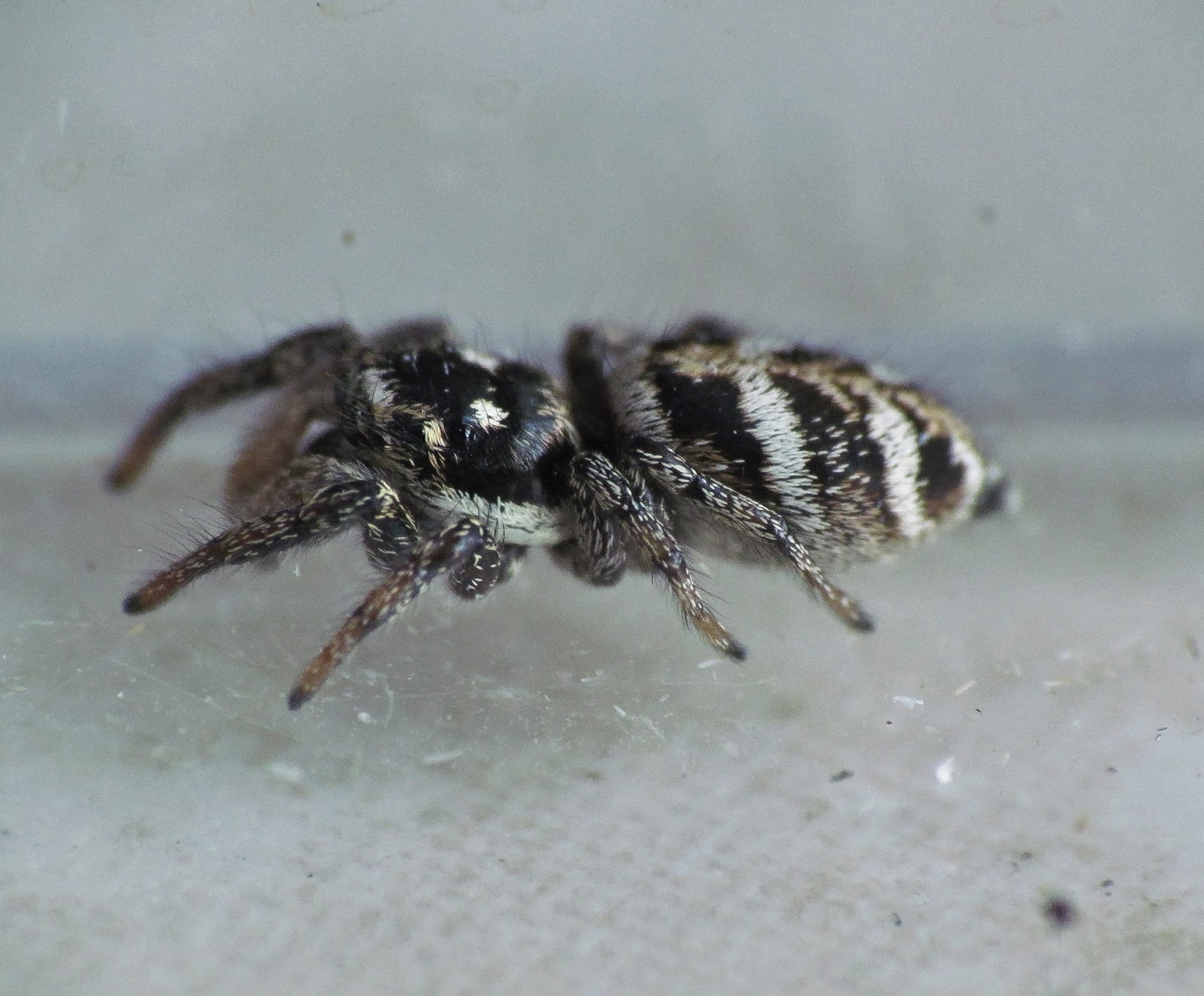 Roe Deer
This was pretty mega to be honest. I flushed it whilst walking the set aside adjacent to the wood.

Adders of the Wyre

A rare away half day from the patch of late ! A nice morning in The Wyre Forest the other day observing Adders and Common Lizards. A pleasure and a privilege. 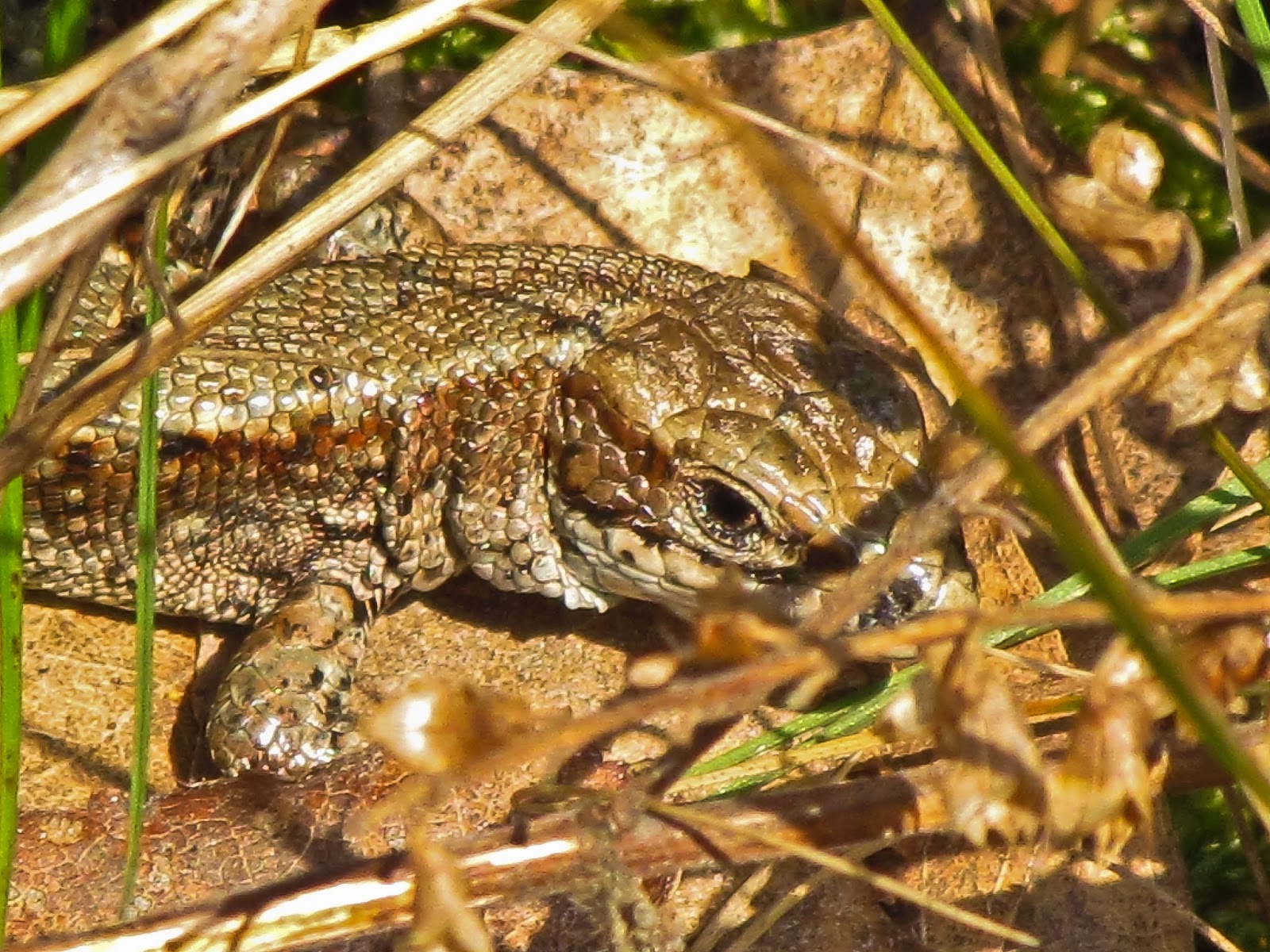 The Sunday that Spring stormed the patch !

Spring had threatened a bit on Saturday, but the strong southerlies damped things down. A Linnet was the only addition to the year list.
Sunday however was the real deal, with the temperature peaking at 18° C. I couldn't wait to get out there !

It took exactly 5 minutes to see the first butterfly, a Comma, which I nearly tripped over. It settled down at a sensible distance. 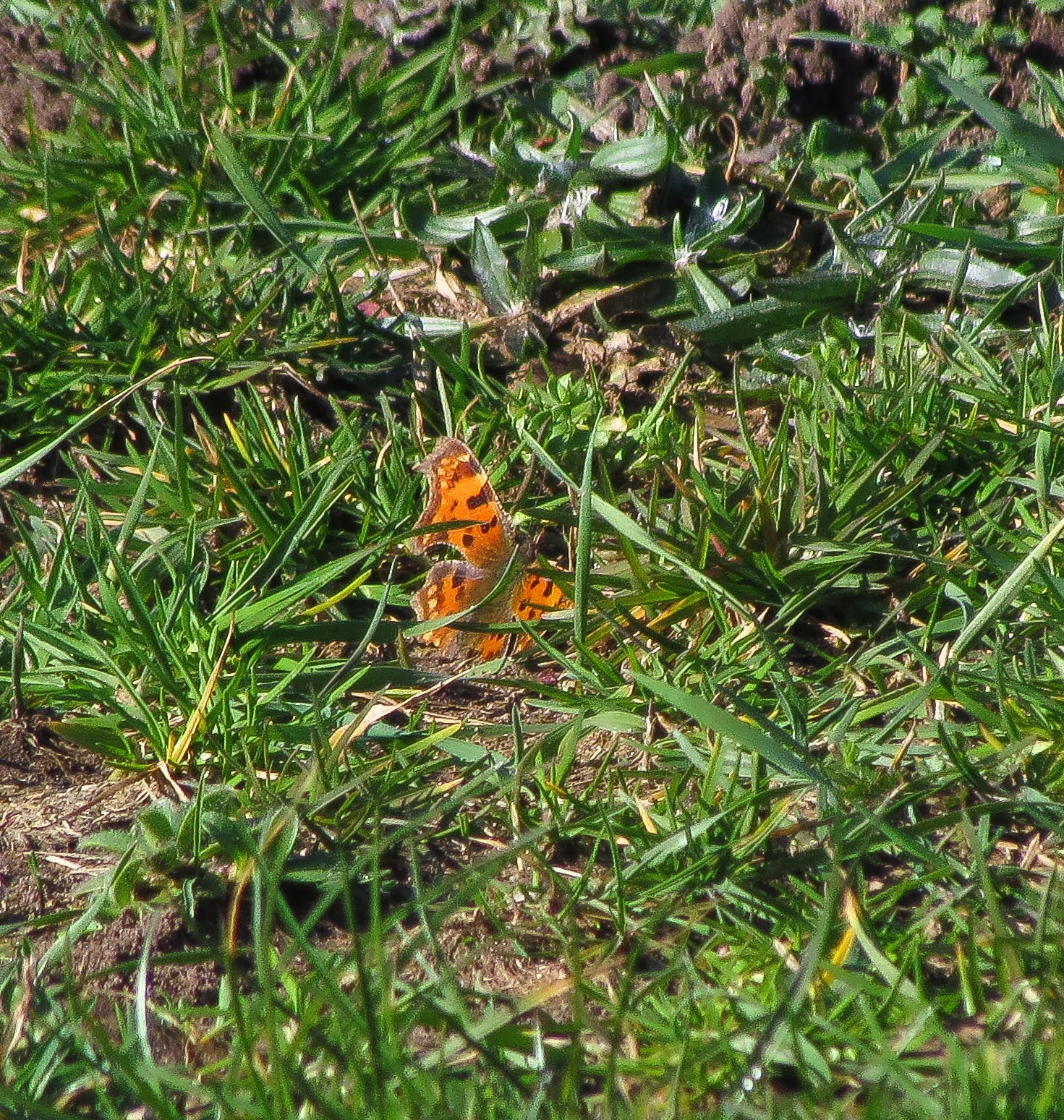 By the end of the day, I had added Small Tortoiseshell and seen 3 Peacock's, this one was  the most obliging. 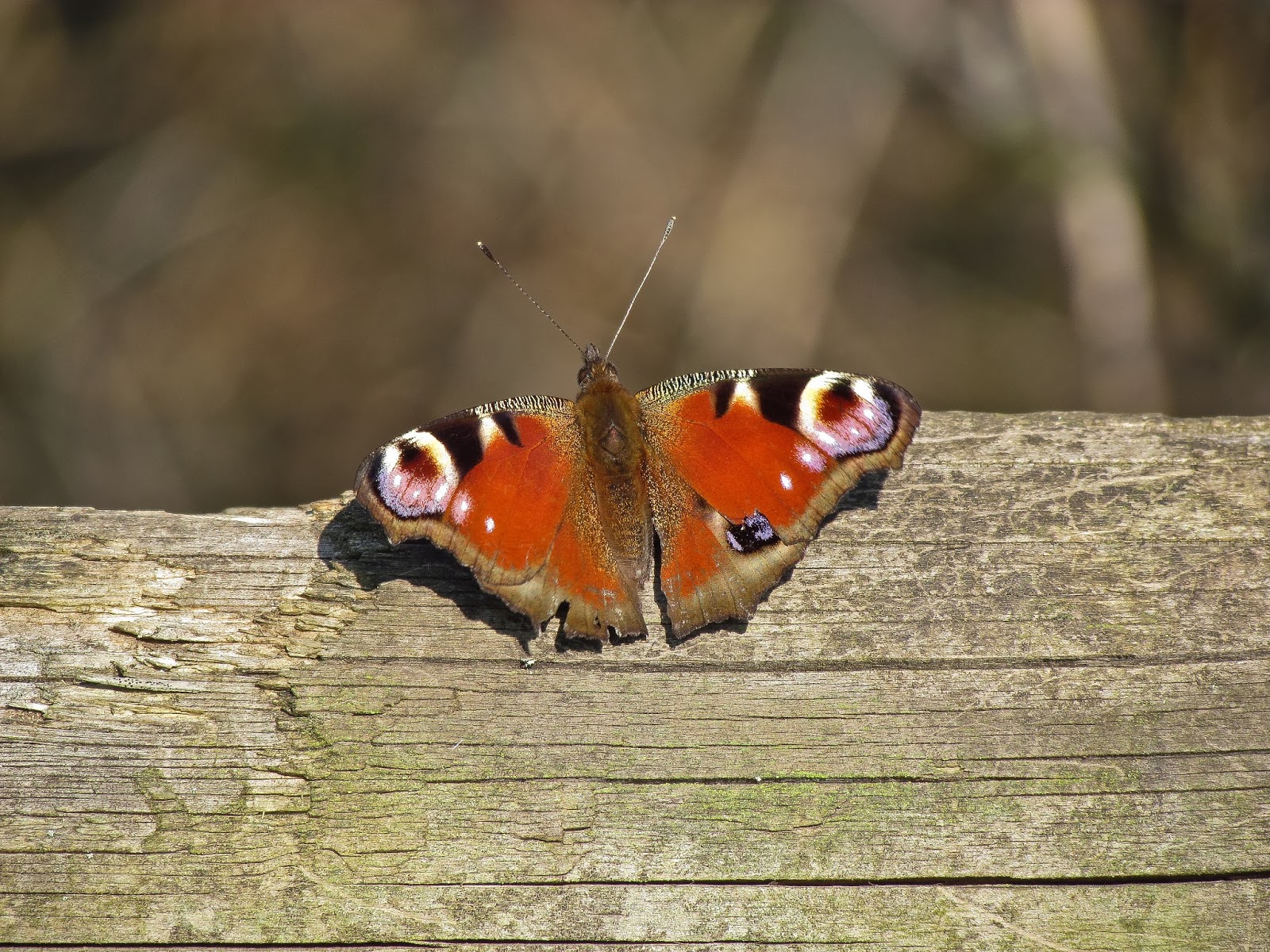 I'm doing well with Ladybirds, today 2 Pine Ladybirds were seen, only the second time I have seen this species. 7 Spots were abundant. 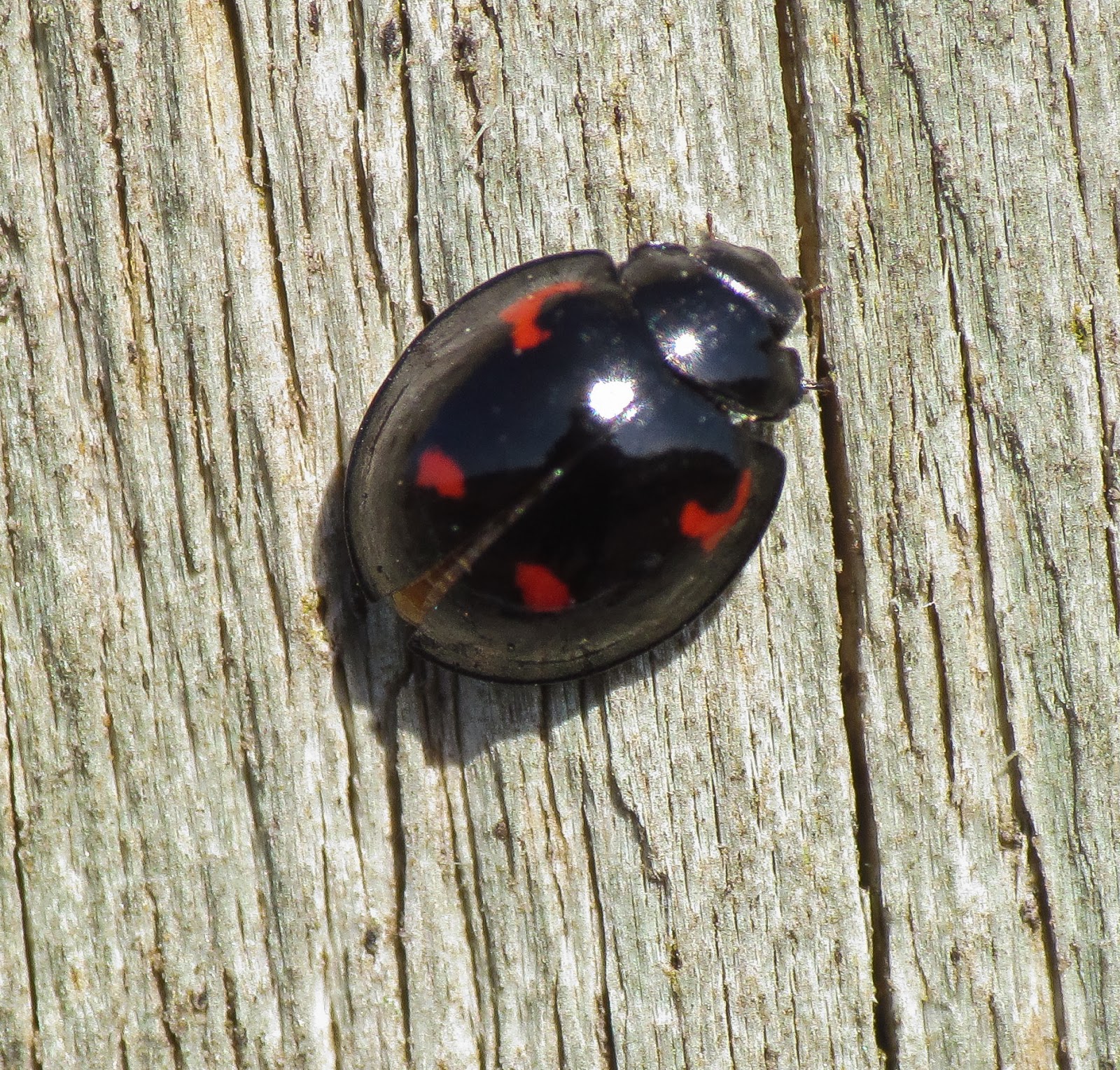 And on a little patch of Coltsfoot, a Marmalade Hoverfly..double tick ! 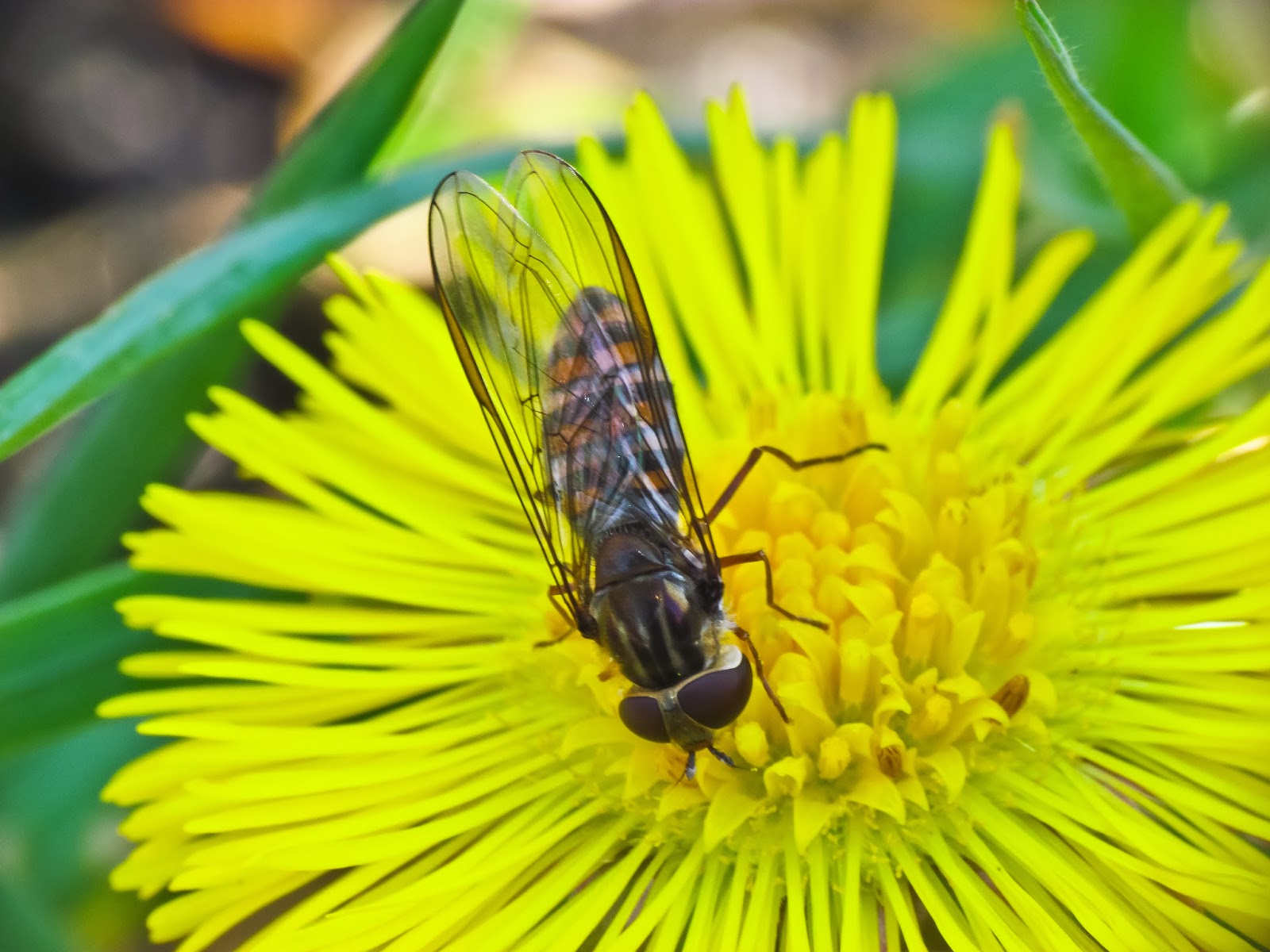 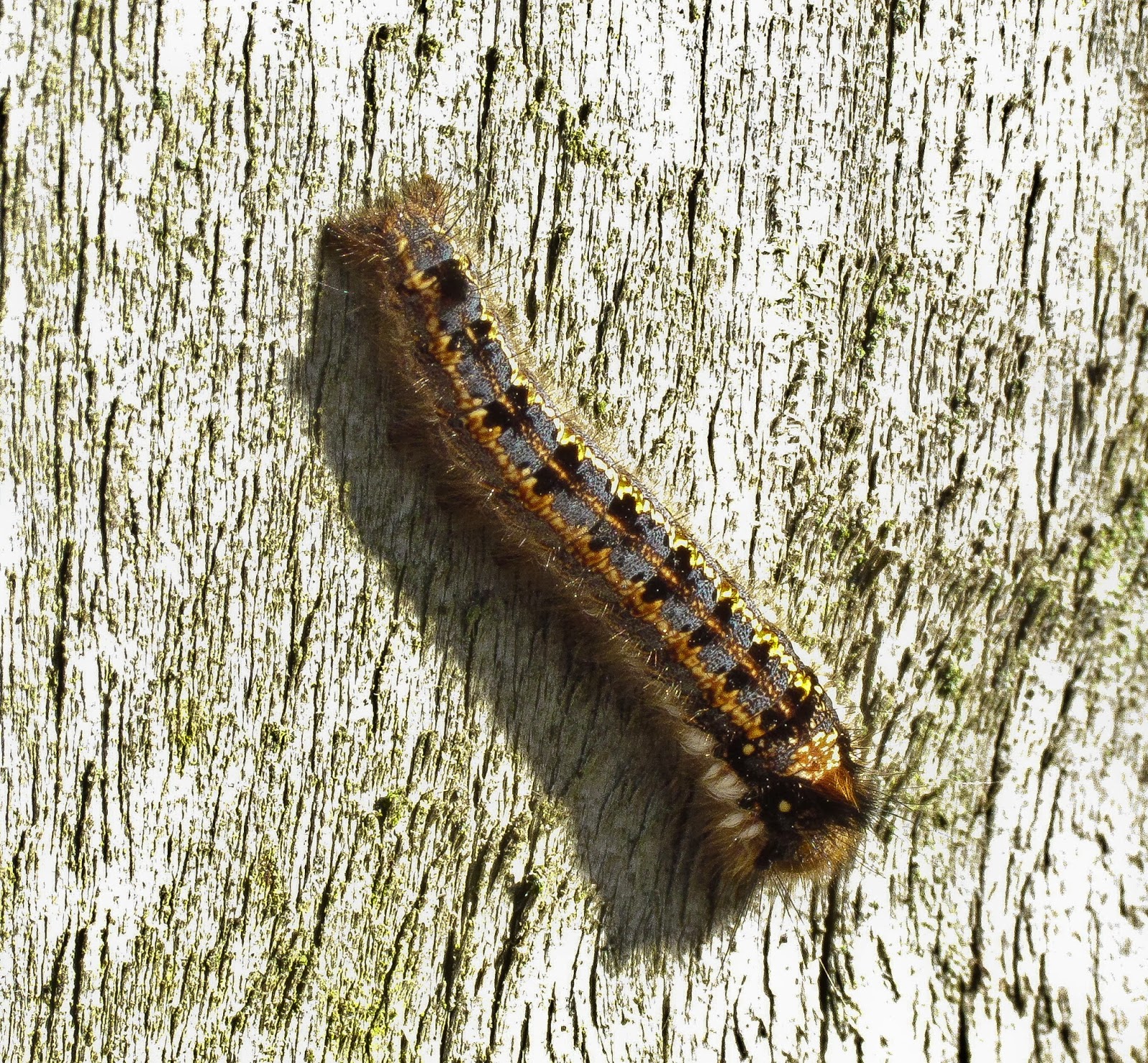 Elsewhere I saw a nice male Brimstone on the wing. 4 butterflies seen on March 9th !
What a great day

Moths on the March

Although mothing has been limited, at least what has turned up have been new species so far this year.
This trend continued when I attempted a bit of impromptu patch mothing the other evening.
Driving through the patch I noticed a few moths in the headlights. So, I pulled over for 5 minutes and shone my beam into an open area next to some trees.
Soon there were some mothy critters about and after a couple of failed attempts, a decent sized moth settled a few yards in front of the car and was promptly potted.
When I go home, it turned out to be another new moth, The Engrailed. ( moth returned next morning ). .

So, what else have I squeezed out ?... Common Rough Woodlouse 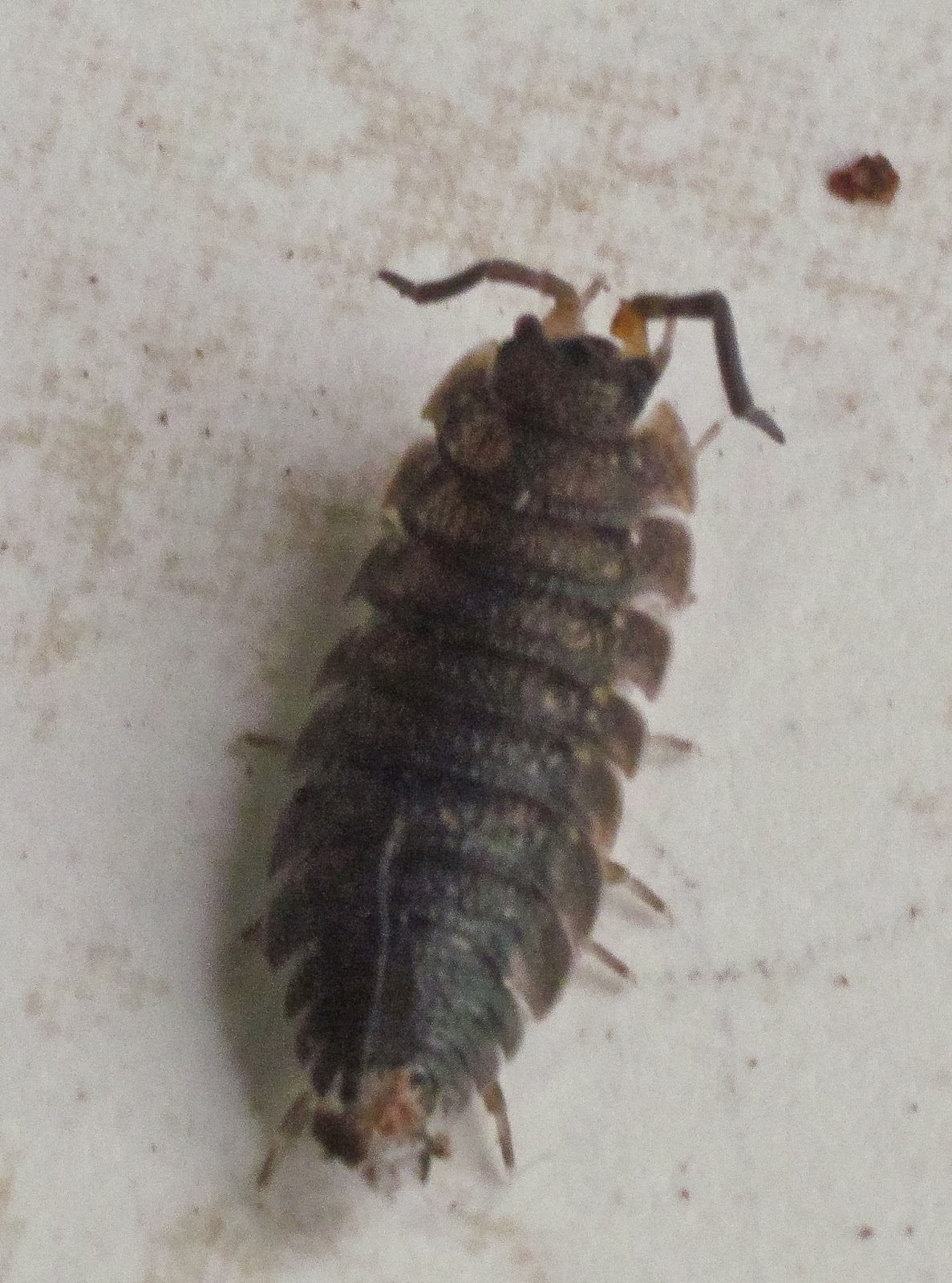 Hairy Curtain Crust, a species I had forgotton about.Bluebell ( stems poking through leaf litter ) Whilst mooching through the leaf litter, I uncovered a White-legged Snake Milipede 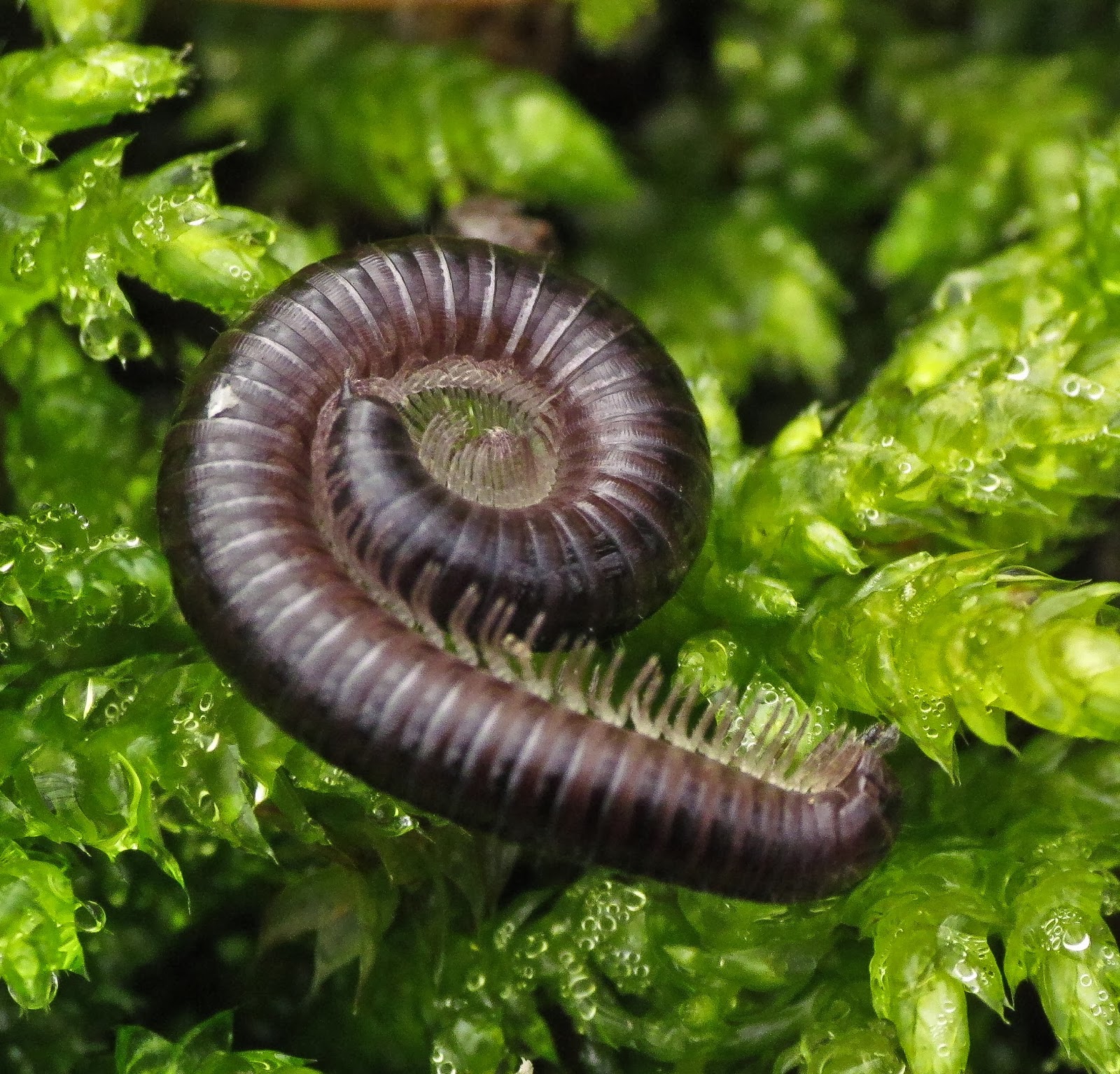 And finally, a worm that keyed out seemingly ok, Red Head Worm


Just waiting for Spring to kick in a bit now. Fungi has gone over, most plants still a bit early to ID with any certainty, birds static and Invert opportunities still limited. Should be a Chiffchaff in the next couple of weeks. Not inclined to get into Moses and Lichens now til after autumn !
Patch Pan List Total 149
................

A session with the MV Garden Trap on  1st of March yielded another single catch, but again a new species, and a rather apt one...March Moth.