Last night I ran the MV trap for the first full night this year. The only 2 moths I've ever trapped in February are a Dark Chestnut (14/2/ 2013 ) and a Pale Brindled Beauty (19/22014).
It was a pretty cool night but lurking by the bulb this morning was my second ever Dark Chestnut, on exactly the same date as 2013. Hardly eye candy, but welcome nontheless
March 2013 was a bitterly unmothable month, with only Dotted Border recorded. March 2014 was positively balmy and I bagged 18 species. Hopefully the trapping of Dark Chestnut is not an omen, rather a chance to better the 2014 tally, which was my highest to date. 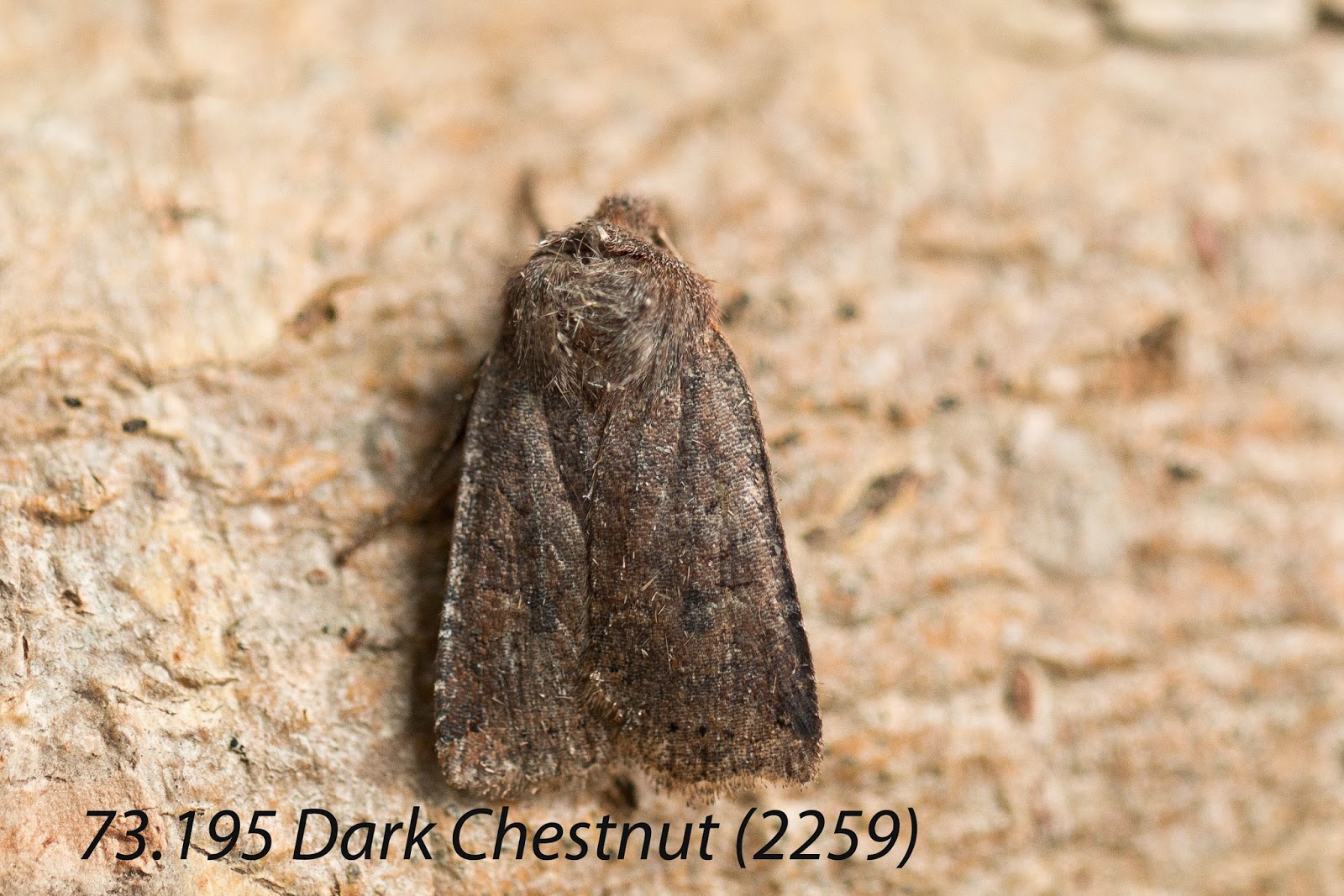 My main aim today was to photograph some male Hazel catkins, also know as 'Lambs tails'. The sun came out as I did and it was positively balmy around midday. A bonus was that the female catkins were just coming out also, so when I discovered these, and the fact the sun was shining, all was well with the world.


I decided to walk the woodland edge, just incase a Butterfly decided to waken and stretch its wings.
On reaching an Oak that I had previously discovered Purple Hairstreak eggs on in late 2013, I decided to give the lower branches a bit of a onceover.
I was delighted to find a couple of woodied Ramshorn galls. These are very distinctive, and created by the gall wasp Andricus aries.


This is only the second record for North Worcestershire, and the fourth ever for the whole of the county. A species that is spreading gradually from its initial area in SE England. The Galls are worth keeping an eye out for.
Posted by Mark 4 comments: