Moths and some Hare raising additions

A brief afterwork visit on the 21st was principally to do a bit of netting with my new sweep net, to see if I could nab a few moths. As I pulled up, a Brown Hare showed very nicely for a minute until it sloped away as I exited the car. Still, its always good to get a new mammal tick, they are hard to come by.
The mothing produced Brown Silver line, Silver Ground Carpet, Red Twin Spot Carpet and Grey Pug ( a lifer). So a very productive 30 minutes. Just imaging what I could bag if I ran my trap...thats for the future ? 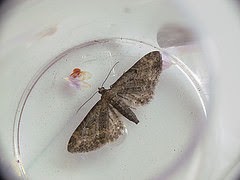 Over the weekend, I managed a bit more wandering. I swelled the moth list a little more. Common Carpet and a couple of Micro's, Pammene aurana, and  Alabonia geoffrella ( lifer too).

The first Beautiful Demoiselles were recorded on 4th May, think I forgot to mention it. They are a bit more numerous now and a bit more relaxed, so here is one from this weekend. 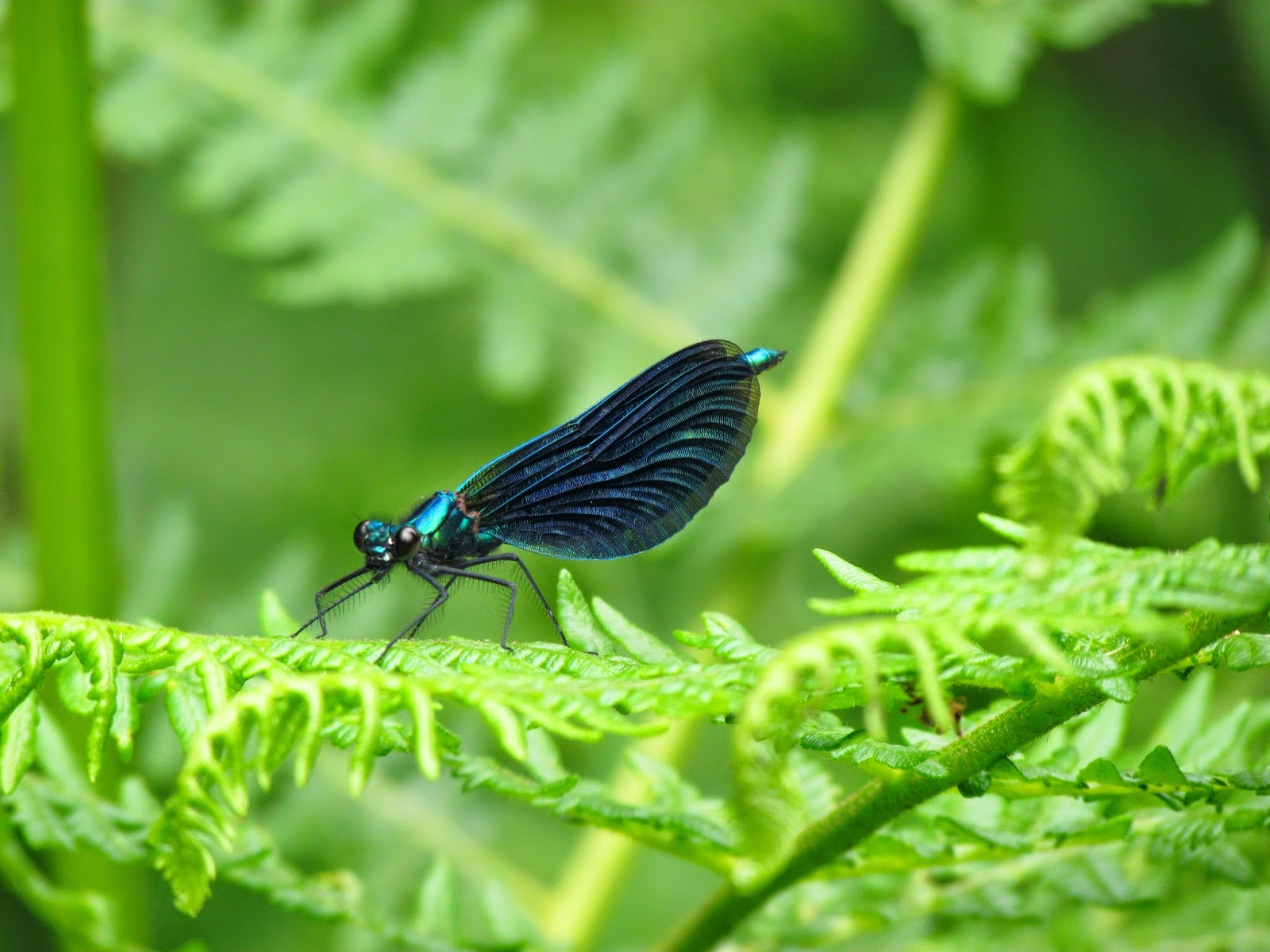 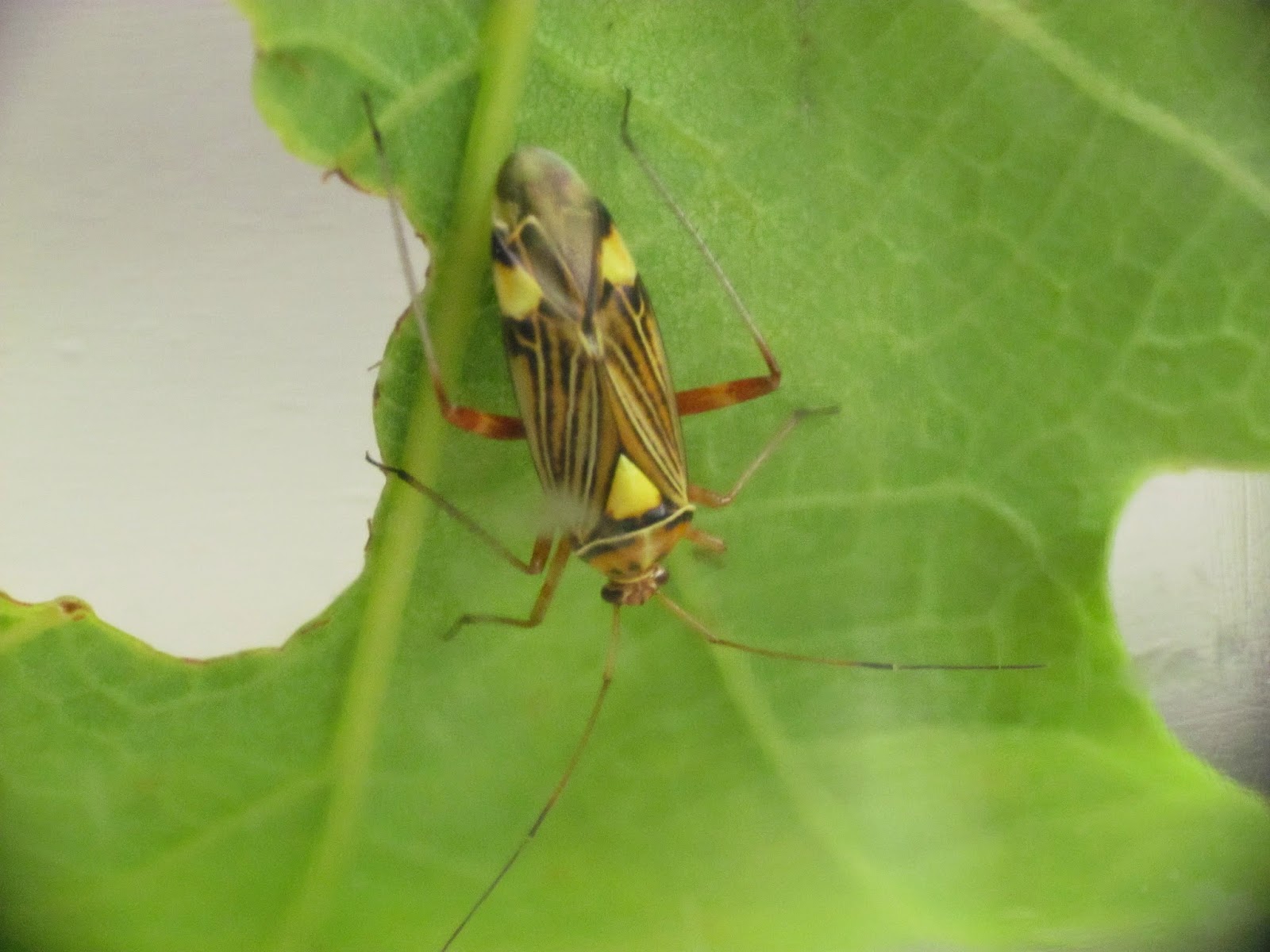 An attractive Wasp beetle, there was a mini emergence of these. 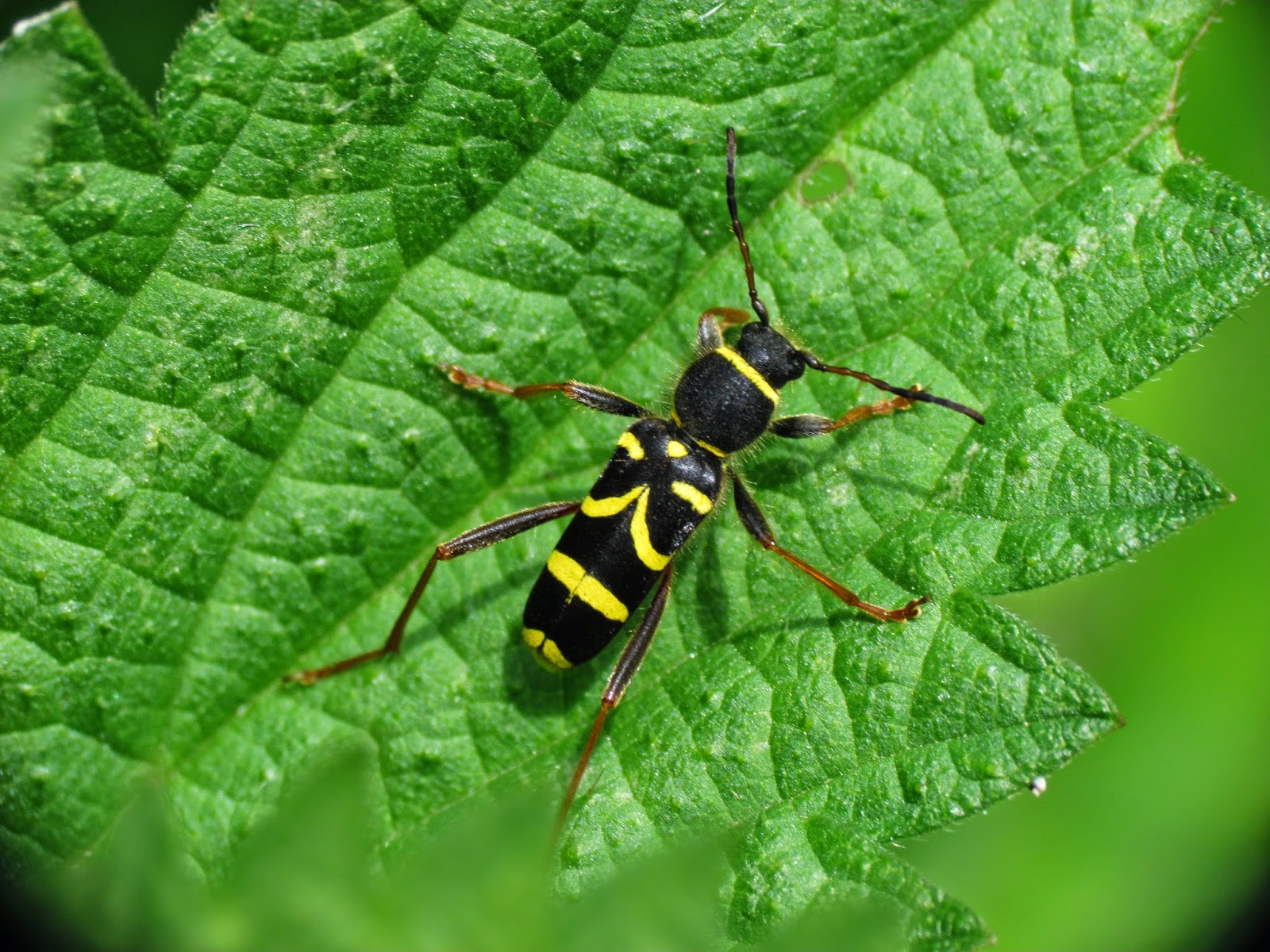 Cuckoo headlines a solid update to the patch

So, another weekend, and a few snippets of time dotting over the patch, not the amount of coverage I was hoping for, but the returns have been pleasing...
So, up first, Bird news, and a Cuckoo was calling on the evening of the 16th, causing me to drop the new sweep net I was trying out and dash off to try and locate it. I did locate it to a bit of private woodland, but couldn't get eyes on it, however the following morning I had one go over low about 300 yrds way from that spot ( as the Cuckoo flies). A patch lifer so quite pleased.
The same morning was my first encounter with any Swifts this year, so the bird year list creeps up to 72, 7 more needed to beat last years total of 78, although that was my entire patch, not the section I'm focusing on this year, still, 80 was my target at the start of the year.
It all turned out to be quite interesting, as I found new species that from groups I'm especially interested in.
Saturday morning saw a a patch lifer drop in in the form of a ♀ Broard Bodied Chaser, interestingly a further 3 females were seen by me on Monday, close to a mini fishing pond, a few hundred yards away from the 1st site.Here is the original find..


Staying on the Odonata theme, I had singles of both Common Blue and Azure Damselfly on the 19th.

The other outstanding invert action over the weekend was adding 3 species of ladybird to the list that day.2 Spot  Ladybirds seem to have suddenly appeared, I was wandering if the Harlequins had seen them off, but I saw a few examples over the weekend.  Cream Spot Ladybird was another patch lifer, a species I've only had in my garden previously.Again , I noted a few of these, along with an increase in the already recorded 14 Spots.
The Sweep net came up trumps though yielding me a  22 Spot within a matter of minutes, a Ladybird lifer. Unfortunately after ID 'ing it, I lost it, they are bloody tiny !!..so no pic

Prior to the Cuckoo commotion Friday, netty had nabbed a moth lifer, Rivulet, as well as helping me pin down Silver Ground Carpet.


And finally, plants, I always save the best til last...seriously, they are winding their way into my interest, so they should, I've spent enough on flower ID books !..My lack of experience in this area means I have to drip feed them in,the 'to do pile is quite long.. but making it onto the list now is Common Vetch, Red Clover, Pineapple Weed..more to come when I can be arsked have the time..

Easing Back, a few recent highlights

Other commitments, weather and mild patch fatigue have seen me spending less time on the patch panlisting since the last post.
Hopefully most of the blockers are nearly resolved, and a small investment in a sweep net has been made.
On the 5th May there was a Willow Warbler near the fishing Pool, a rare patch bird in my experience and a welcome addition. 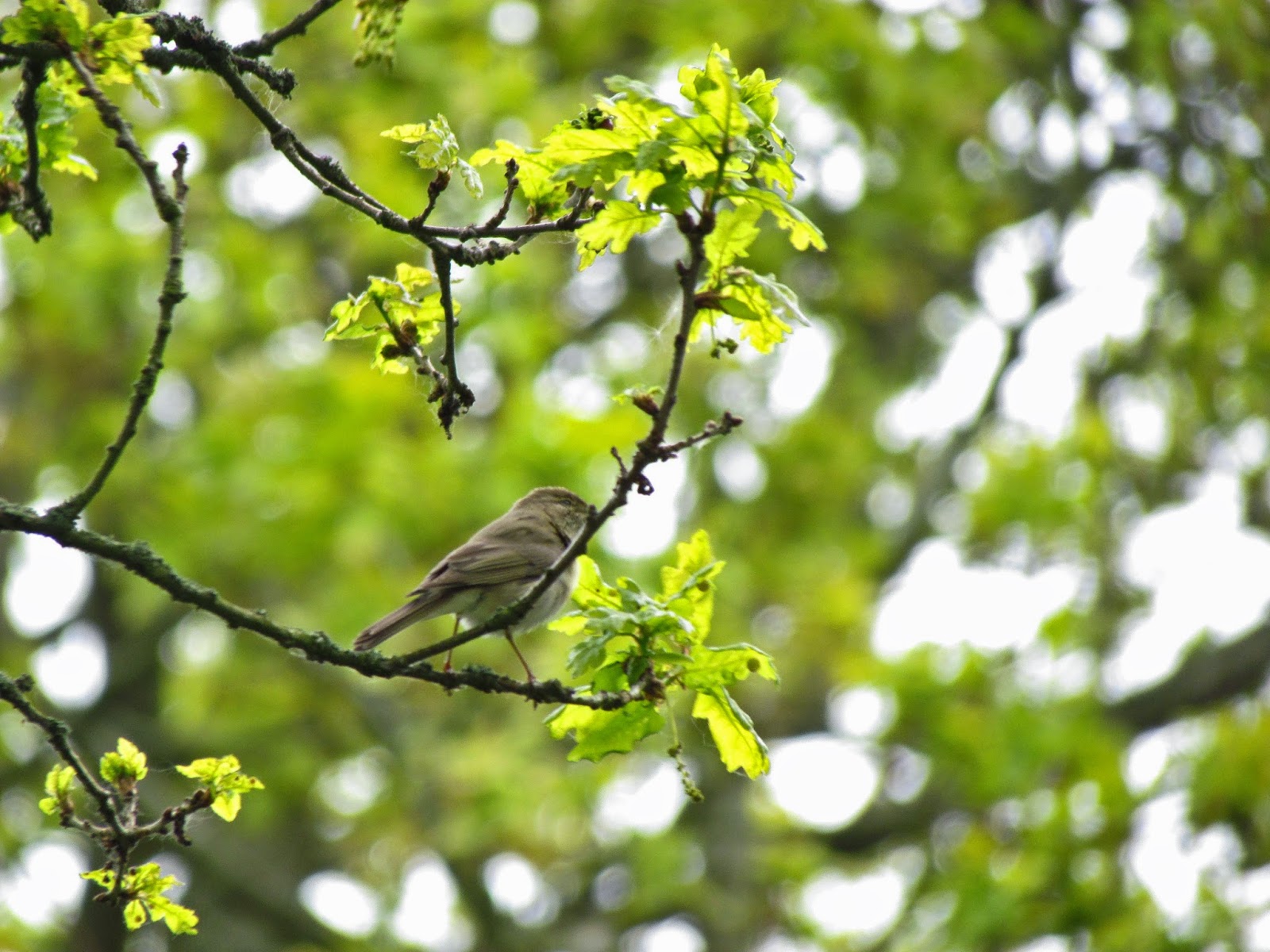 So far, Kestrel, Garden Warbler and Lesser Whitethroat elude me, as does Swift at the time of writing still.
A nice addition today was my first Hobby of the year, which passed over the pool heading towards Hurcott.

Galls.
A couple of new galls were spotted. Firstly, these Current Galls are nice, but not actually a new species, as they are caused by the same organism that causes Common Spangle Galls, but by the sexual generation.

These, however these are a new species, I found them on Sycamore, caused by the mite Aceria Cephaloneus

Right, next some inverts. A predictable faithful, but first of the year, Common Froghopper 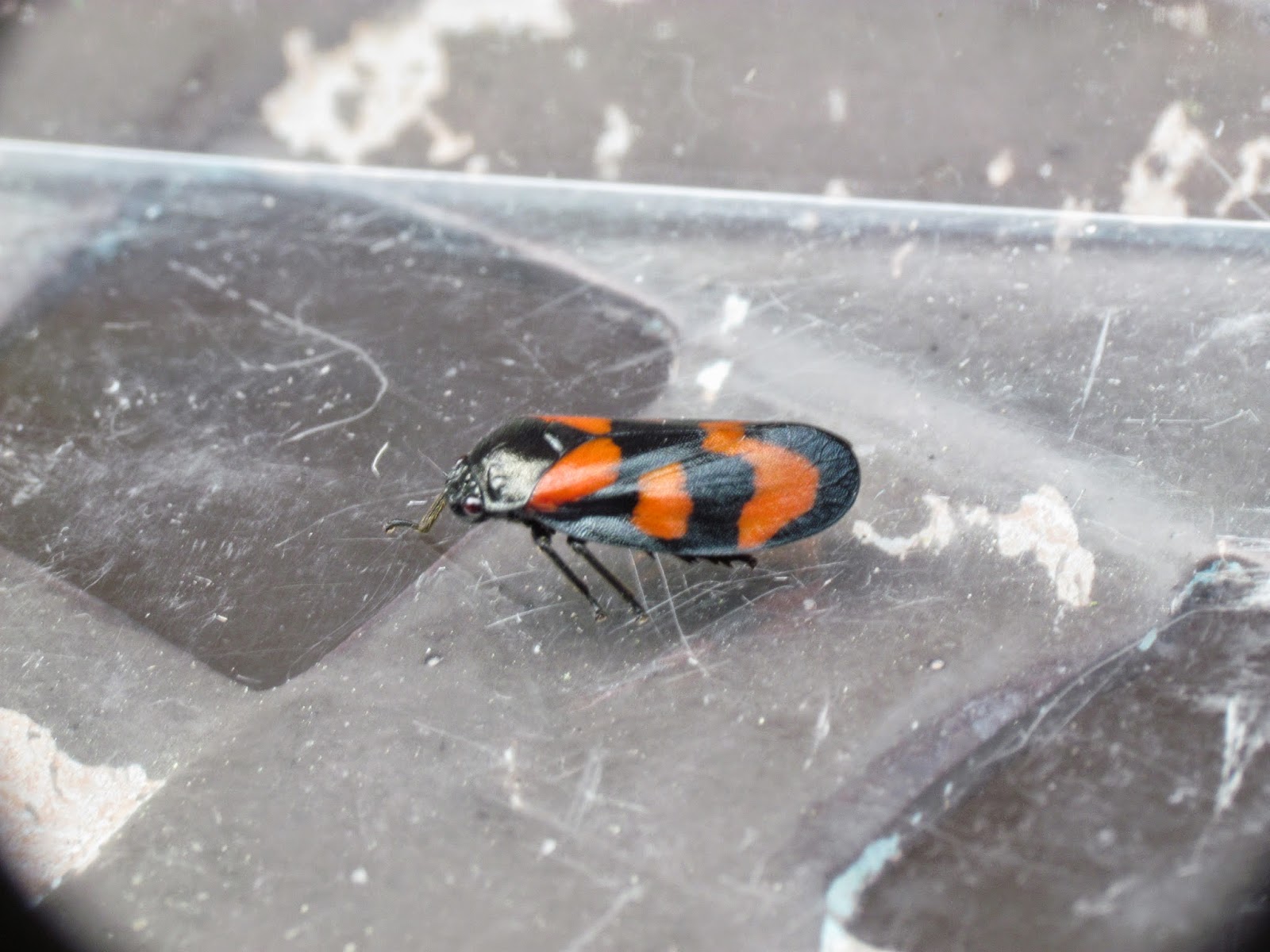 I've got quite a few flowers to finalize ID's on, and the weather wasn't really very good for pics, so I will hold back on them, but one that greatly surprised me was finding Cowslips on a roadside verge, never seen them before on the patch, but then again I've never looked as hard...Total 229