I found Orange Underwing Moth on my patch last year. A day flying moth, easily missed or assumed to be a small butterfly, they can also be very difficult to pin down !
Sometimes they can be seen drinking at puddles in the afternoon, but last year that didn't work for me ( I actually created some on the bridal path and waited, to no avail ), so views were restricted to binoculars and photographs from long digital zoom shots last year.
They tend to fly from around Midday as long as the weather is half decent, from about mid March.
I managed to photograph some I found at Chaddesley in 2012 from a reasonable distance, but wanted to study them a little more closely if possible, as it is really the underside of the underwing which defines this species from the slightly later flying Light Orange Underwing.
After nearly giving up, I eventually managed to net one and took it home to study in my magnifying jar. After a record shot and returned it to the spot it was trapped, from where it flew quite happily to join the dozen or so chums that were flitting around the plantation.

The progression into Spring is far from linear, and with northerly winds keeping temperatures well down into single figures, there was not much spring cheer obvious to the eye or ear.
A single Small Quaker was the only moth to trouble the trap and Chiffchaffs failed to match their earliest previous arrival dates. Somewhat struggling out on the patch, I remembered a small area that regularly floods into a shallow 'pond' due to water seeping to the surface.
On reaching the area, I noticed a couple of plants to check back on, but my main target was pleasingly present, a clump of Frog Spawn with a few tadpoles flicking around. 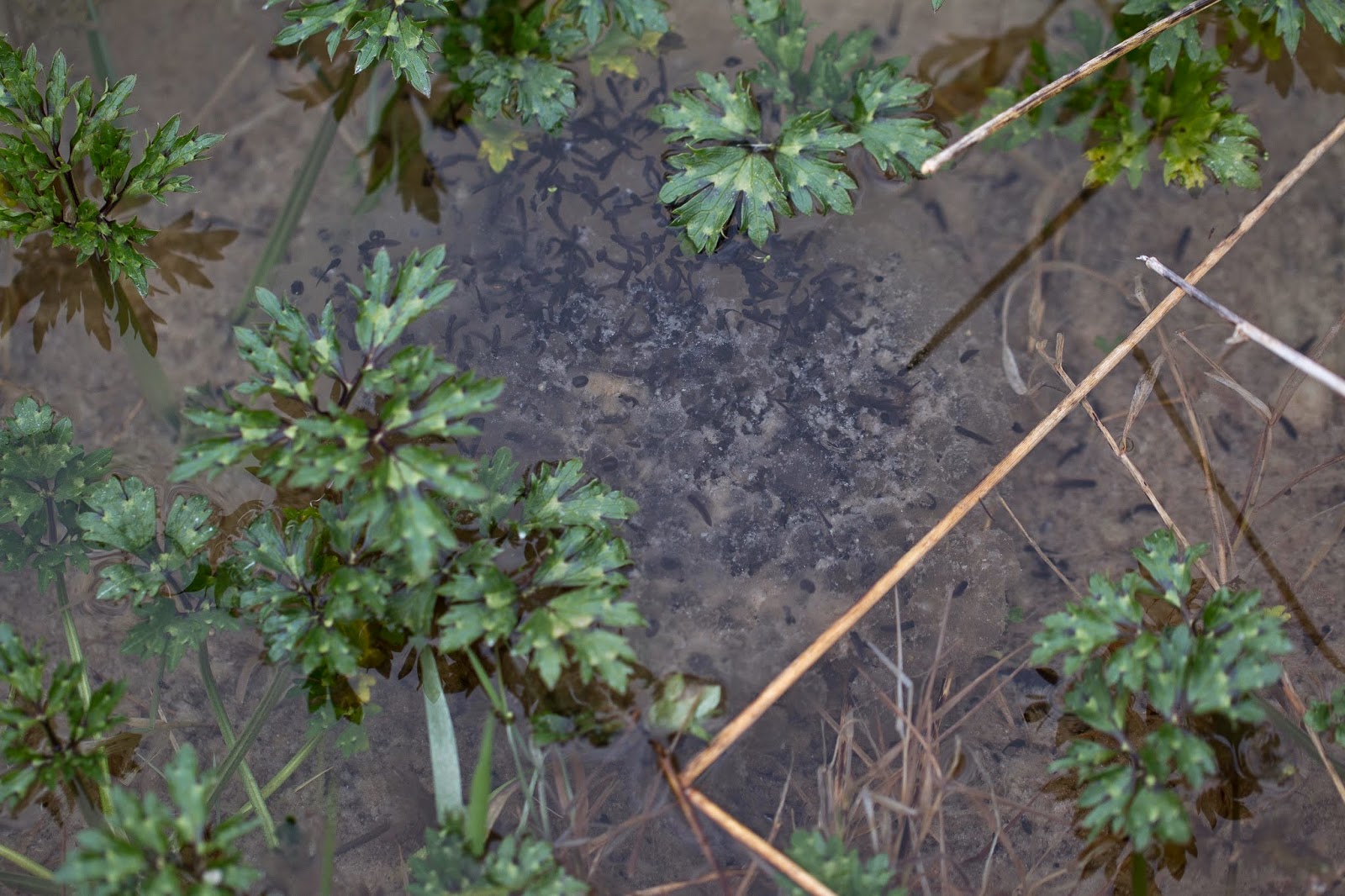 I'm not sure how sustainable this area is to see the tadpoles through to maturity, but it was nice to find this early spring benchmark. There was a sudden 'plop' and a few ripples on the other side of the water, but despite scanning the area for a while I couldn't locate what could have been one of the parents in waiting.
Moving on I ventured slightly off track to check the damp wooded area away from the set aside. I quickly discovered a couple of well defined fresh scrapes. These were typical of Badger toilet activity. When they emerge in the evening they scrape out a hole. The scat is typically dark and muddy, so these two scrapes fitted the bill. Oh for a trail cam, it would be a good area to try and get some images.

On the walk back to the car I checked a small Gorse bush out, finding three 7 Spot Ladybirds close together, like me, waiting for things to warm up a bit more. 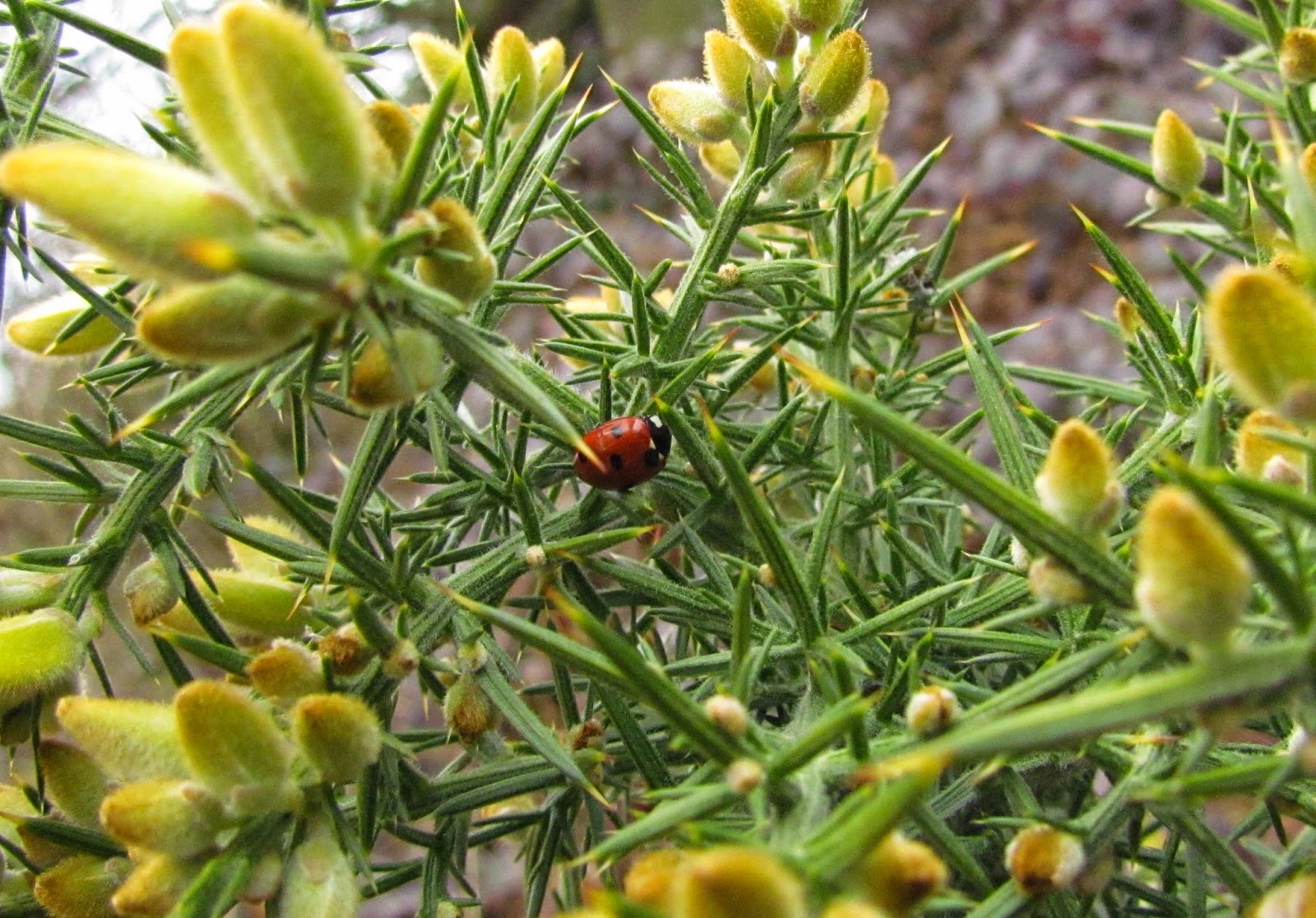 Despite a stiff southerly breeze taking the edge off the suns potential little, some of the inverts around the patch were not going to be held back any longer.
From the moth trap, two new species for the year, getting the year list up to 6 now.


At 12.15 on 7th March, the first Butterfly of the year slipped past me, a Small Tortoishell. At 12.16, the second Butterfly of the year, a bright yellow Brimstone was observed, and shortly after a second one. It was as if they had been released out of a nearby box.
Back home, the more sheltered environment was positively chuffing with buzzy things. The Hoverfly scene had kicked off, with a  Drone fly ( Eristalis tenax ) and a single Episyrphus balteatus.

There were also quite a few Honey Bees in the heather and around the Mahonia, but what excited me most were the 2 queen Buff -tailed  Bumble Bees  and a queen Tree bumble bee .... that were one the wing. Buff  tail queens are huge, real heavyweights, but cuddly with it.

Not a single sighting of Redpoll, Siskin or Brambling this year.However the year list is booming, with 2 lifers and a couple 'difficult to get' species added over the last few days. Mandarin Ducks certainly don't challenge ones ID skills, but this one was only the second record I have for the species. 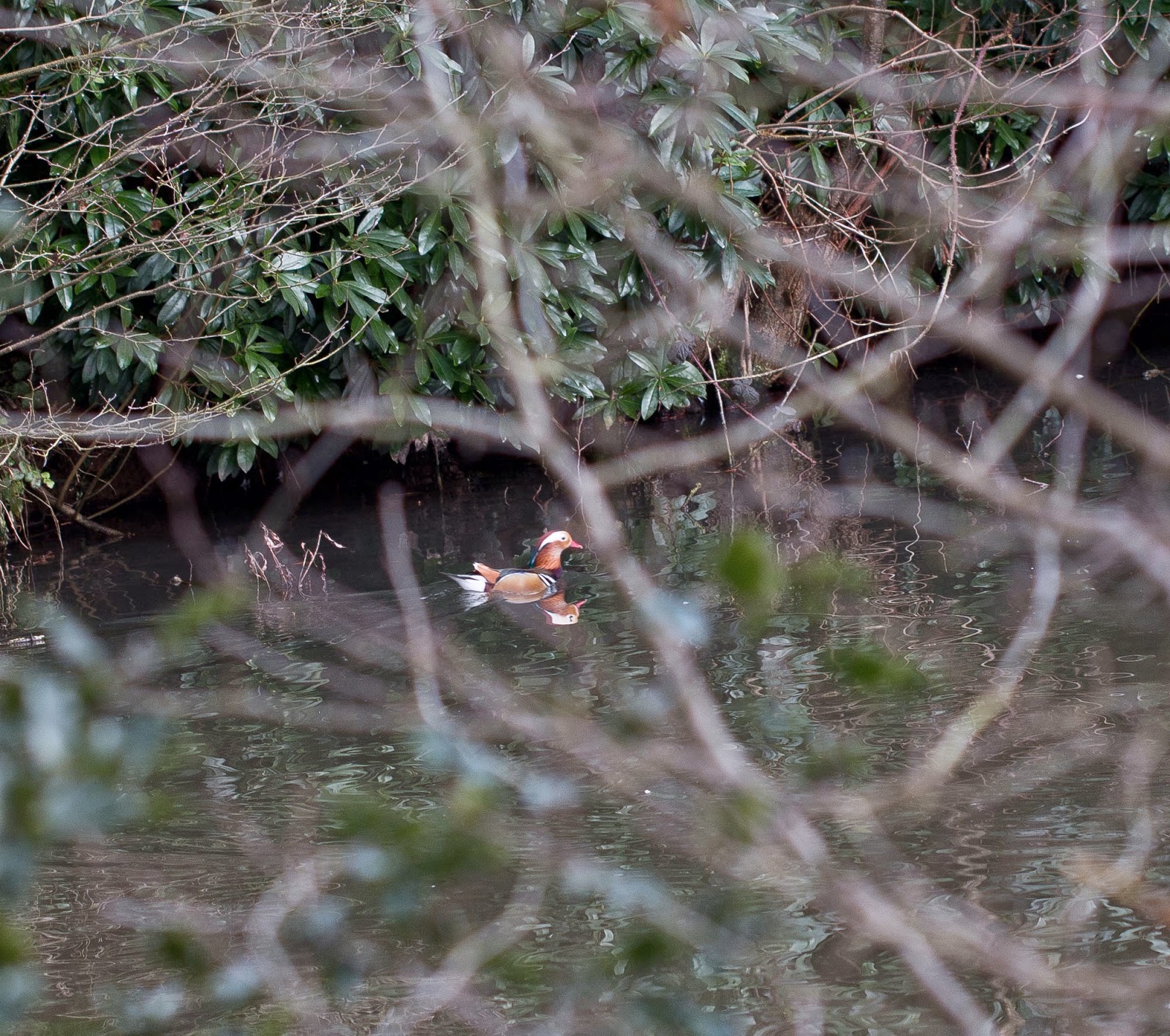 This female Pintail, present on the same day, stayed for nearly a week, and was a lifer for the patch. 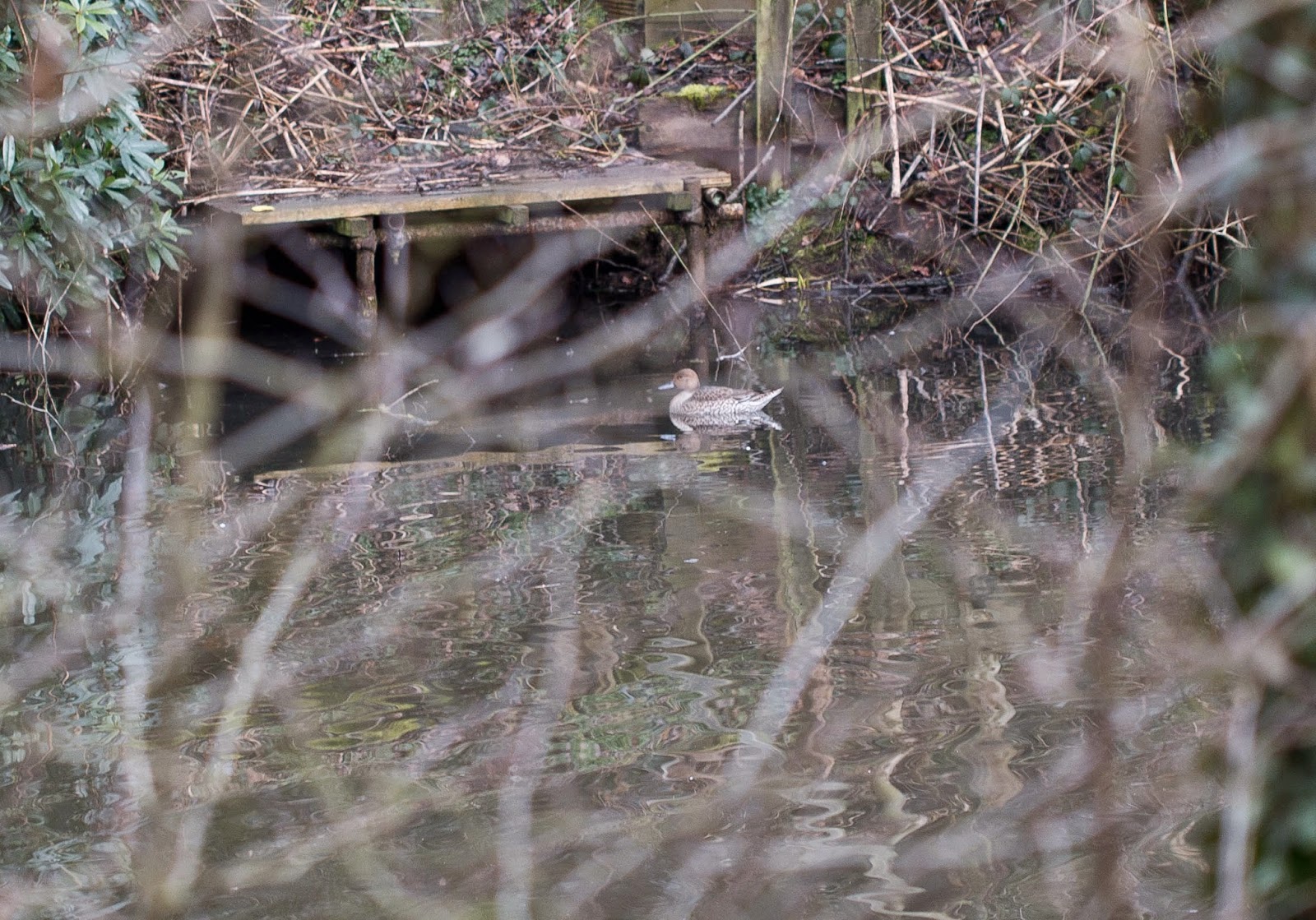 The good bird run continued with 13 flyover Lapwing, a long overdue patch lifer, and Red Legged Partridge made its usual March addition, on the first day of the month. With 63 species now recorded in 2015, I have a real chance of smashing last years total, and need 4 more lifers for the landmark century of species.


In non avian news, Lesser Celandine was in flower on 20th February, slightly ahead of the national average date I believe. 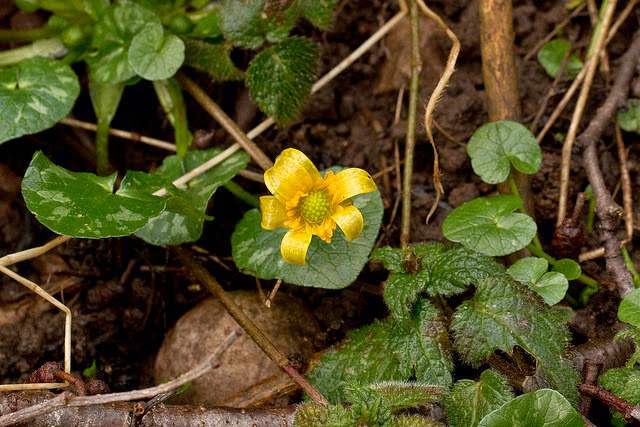 Something else ahead of their dates appear to be my moths. I finished February with a Common Quaker on the 28th, 6 days earlier than last years first record. 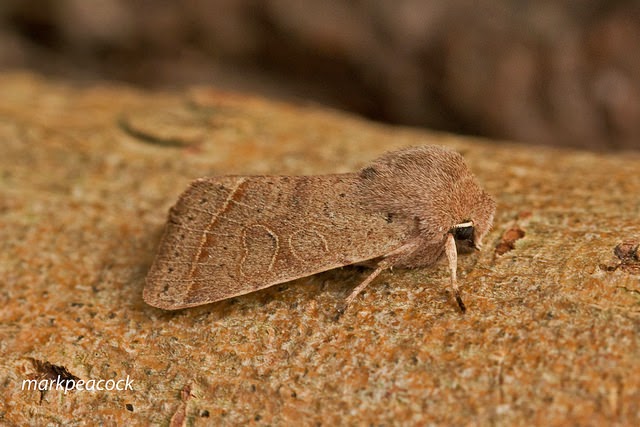 On the 25th I had a Small Quaker, and  Agonopterix heracliana, 16 and 12 days earlier than 2014 respectively.
So,also my best moth February to date, with a hearty 4 species recorded. Spring could be just around the corner.......