Mealy Redpoll, the headline, other stuff the story...

As I started my patch tour on Saturday, I came across a mixed Siskin and Redpoll group feeding on Alders. They have been fairly regular, as have some that I was increasingly convinced were showing good Mealy characteristics of the sub species C.flammea. This one the Mealy most

I was actually more pleased ( and relieved) to hear  a Skylark finally back on the patch, and  observe it parachuting. The paddock also held Skylark, as well as finally a few Meadow Pipits. A good avian weekend was rounded off by hearing a Tawny Owl call in the wood. My patch pan listing bird list is now 59 for the year, with Kestrel and Linnet still missing.

Firstly another Ladybird lifer, this time a Ten Spot Ladybird  ( Adalia decempunctata ) was lurking on Sycamore. 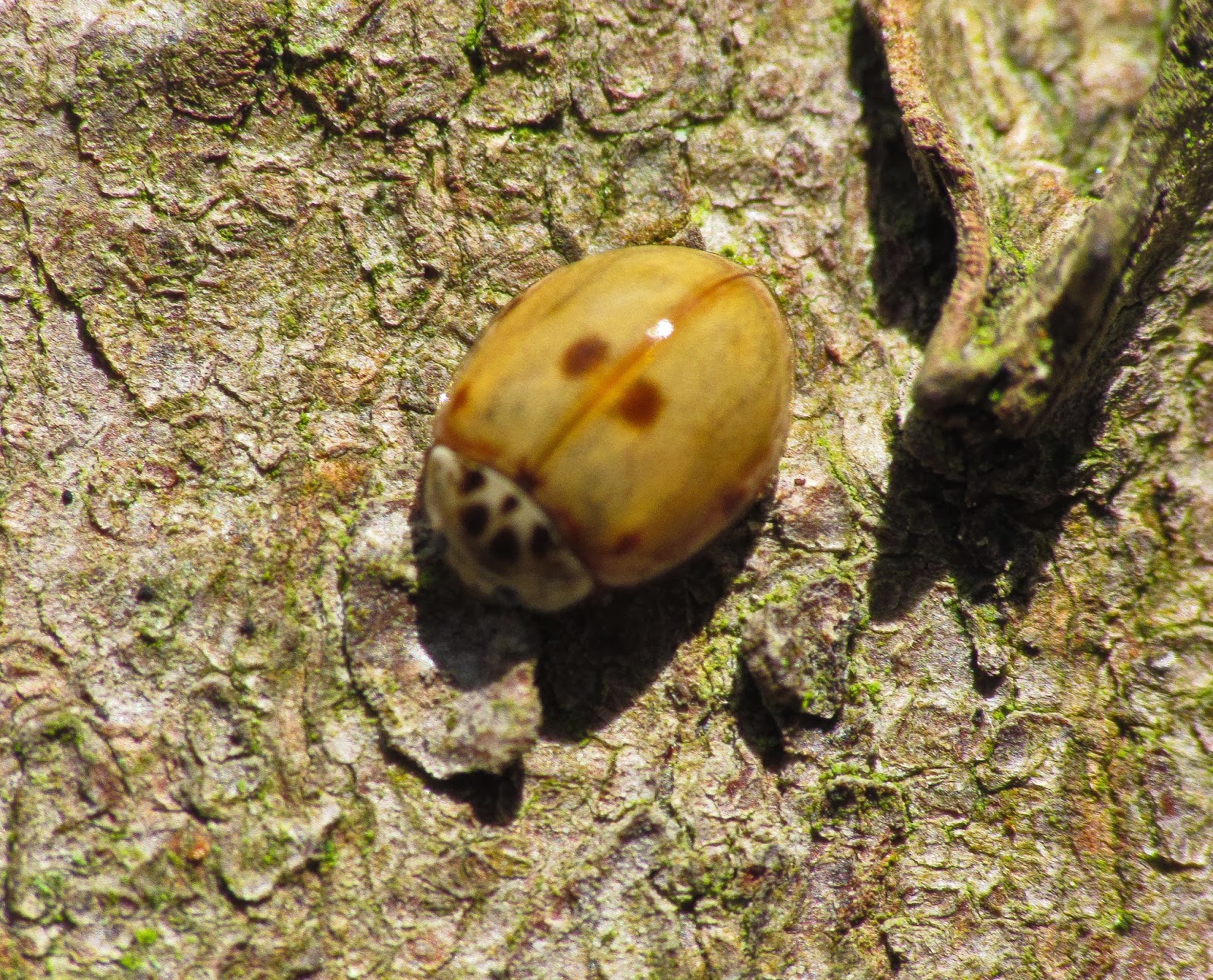 Another year tick was Harlequin Ladybird, but more interestingly in the form of a Pupae 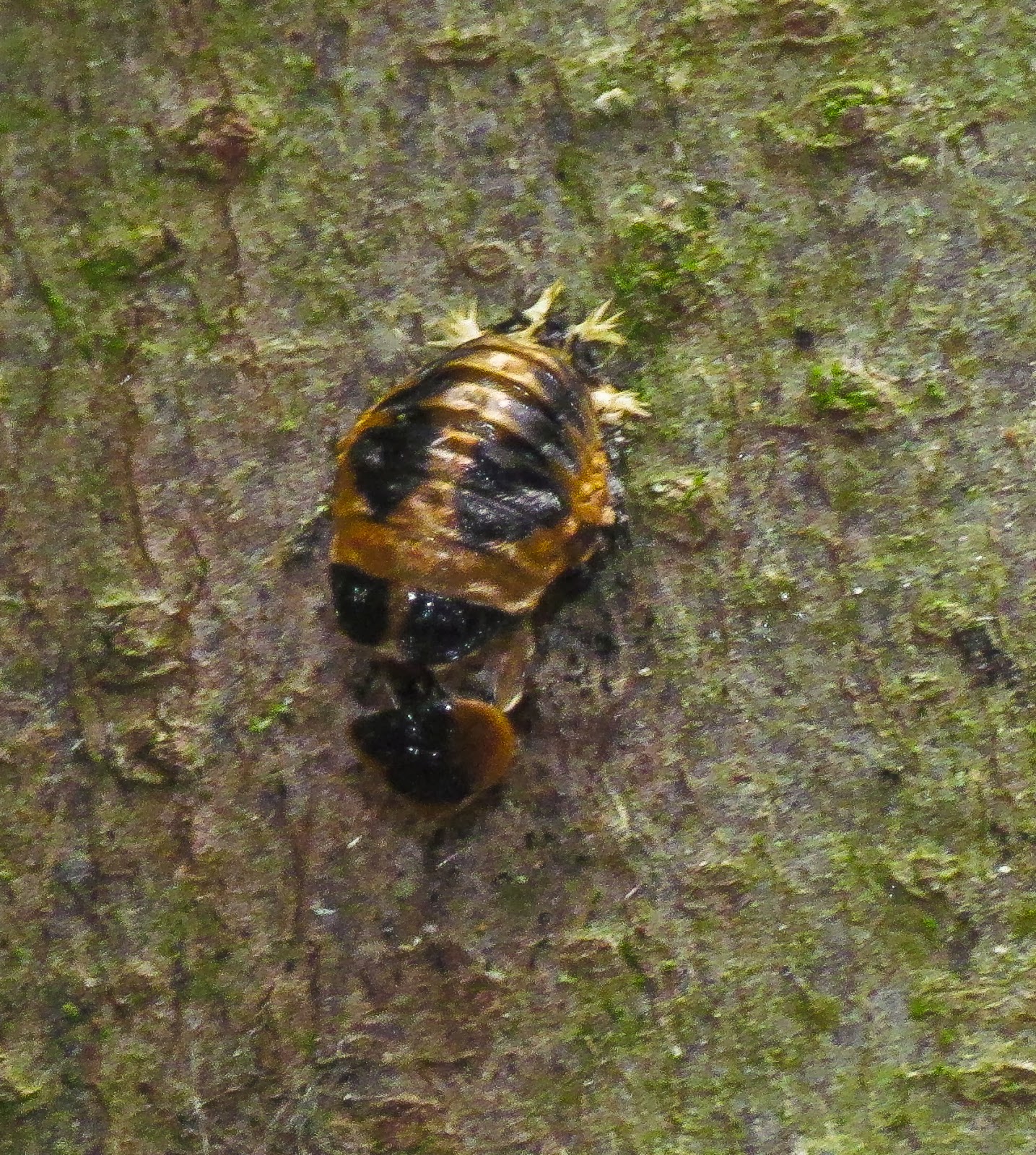 Finally,a bit of patience lurking around the Snowdrops paid off. Not a Bee as I was hoping, buy a Bee mimic, the hoverfly Eristalsis tenax. After visiting a few Snowdrops, he settled to bask. I was really pleased to see something like this buzzing about, I had to wait until the end of March for one last year 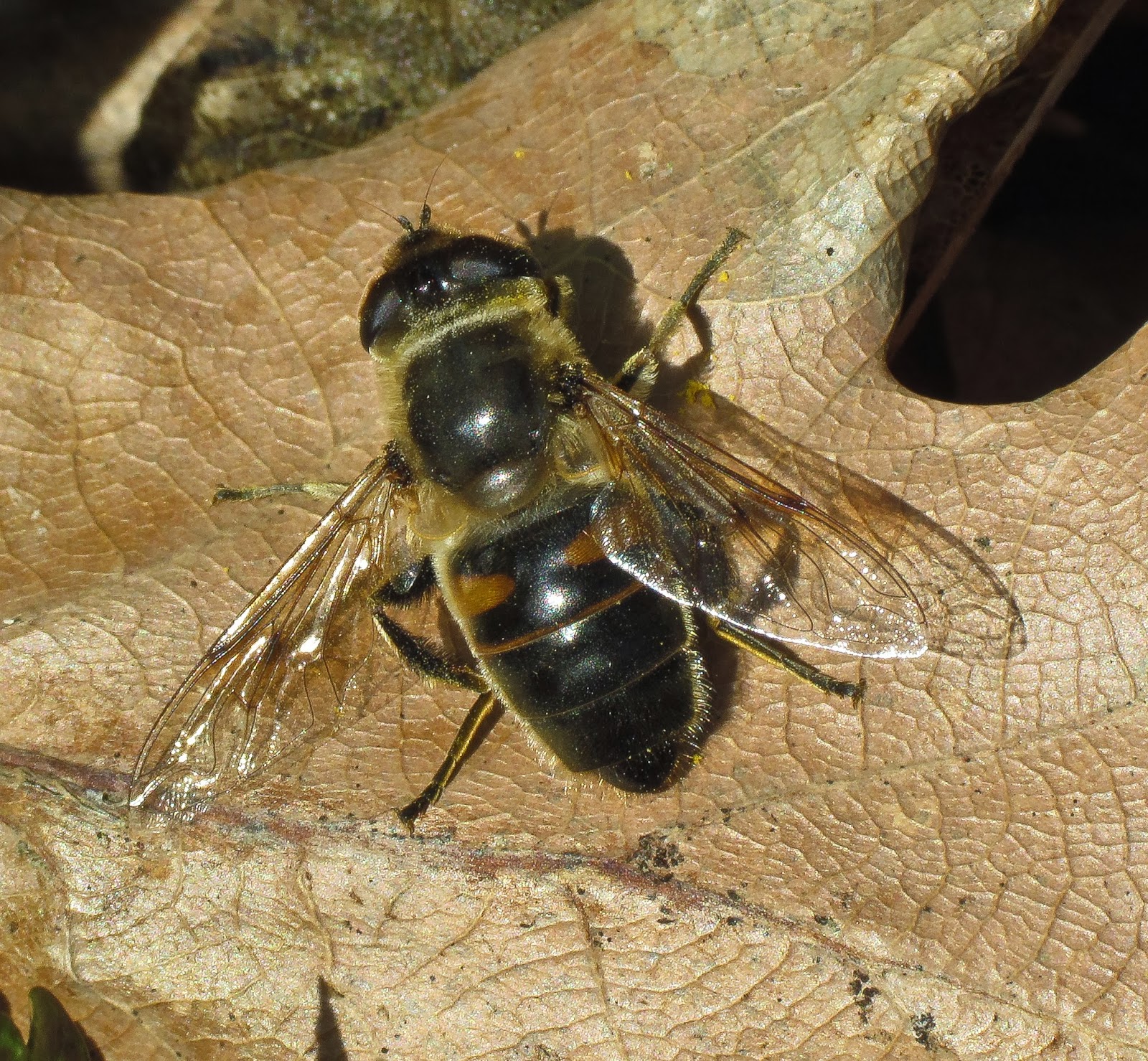 On the plant front

Another fungi ( found by Trespasser JK, but may be dehydrated Witches Butter, so under review )

So that just left a mature earthworm photograph and another fungus to try and ID...never a dull moment patch pan listing.... So with listing ended for a second month
Current TOTAL 143
Posted by Mark No comments:

The storms have made fieldwork either too unpleasant and or dangerous the last few days. Number of trees down in my local wood is alarming. On the bright side I am wandering if this bit of natural coppicing will improve the light in mini sections, which may have a positive effect on increasing the number of species. Every cloud and all that.

Sunday was decent, the sun was out at last, and so was I. However,away from all but the moist sheltered areas the wind kept the temperature just below that point that may have sprung a goody.
I thought there was a real possibility of some Bee, Drone or Hoverfly activity. I lurked with intent in several likely areas but to no avail.
However, I did find 2 new invertebrates and a nice bit of fugi.

This is a  Cranefly that sits with its wings closed.
The other Invert was a Money Spider  ( Walckemaeria acuminata )

With the worst of the stormy weather hopefully now behind us, I have been doing some short runs with the moth trap. My one and only moth to date was a …..Northern Winter |Moth on the 3rd January, a lifer.
I had seen a few fellow trappers had had a bit of luck, so on Tuesday I ran my new MV Skinner trap. I was delighted I managed to bag my target species, the lovely Pale Brindled Beauty. Another lifer for me ! They are, especially for a winter moth, pretty darn smart. .As I would have no chance to photograph it in daylight the next day, I was happy to settle for record shot.

Sill, 2 moths by 19th February is a better start than last year !
Posted by Mark 2 comments:

Wind.Rain.Mud.
A brief respite from the crap weather on Monday lunchtime delivered some nice birding. Whilst studying a smallish finch flock, Chaff and Gold,  I scored a couple of ♀ Bramblings. This species has been very localised elsewhere in the area this winter, mainly over Lickey way I think. I was not at all hopeful of connecting with any this winter so this was a really good patch find. Bird 56. A pair of Goosander circled the pool but did't put down, and a Cormorant flew over.
A little further on I came across a stonking mixed flock of c75 Siskin and Redpoll. 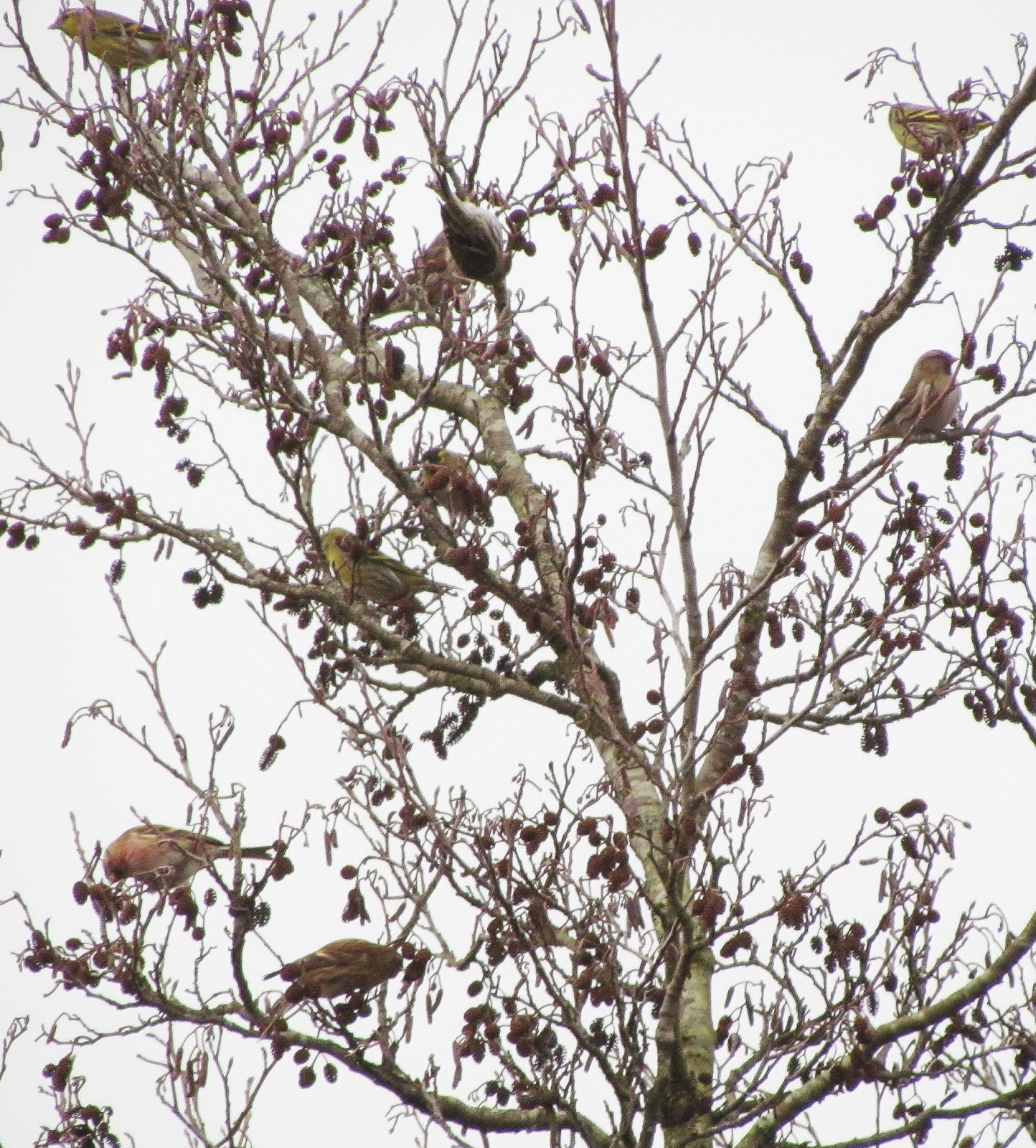 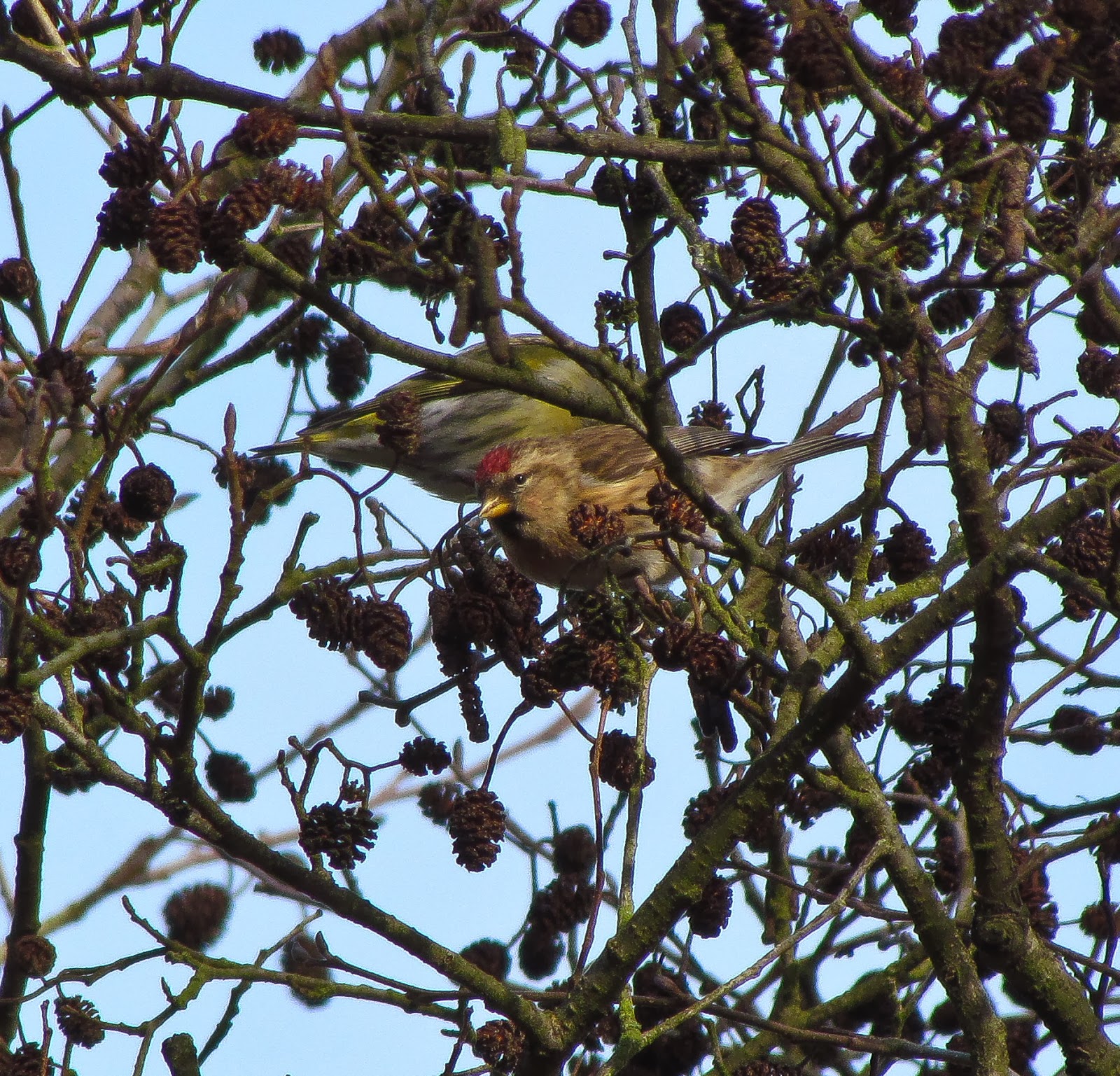 And close by a pair of Yellowhammers. I have yet to connect with a single Mipit, Skylark or Linnet or Kestrel on the patch, which is slightly worrying, and I'm not sure if it's the weather or the noticeable increased human and equine activity on the Paddocks every day.
Aside from Brambling, I managed to pick up 4 other additions to the Pan list whilst dodging the rain and gales the previous day.
The surprise was another Spider, Green Orb Weaver, on a Holly bush. He had the red spot by the spinners. 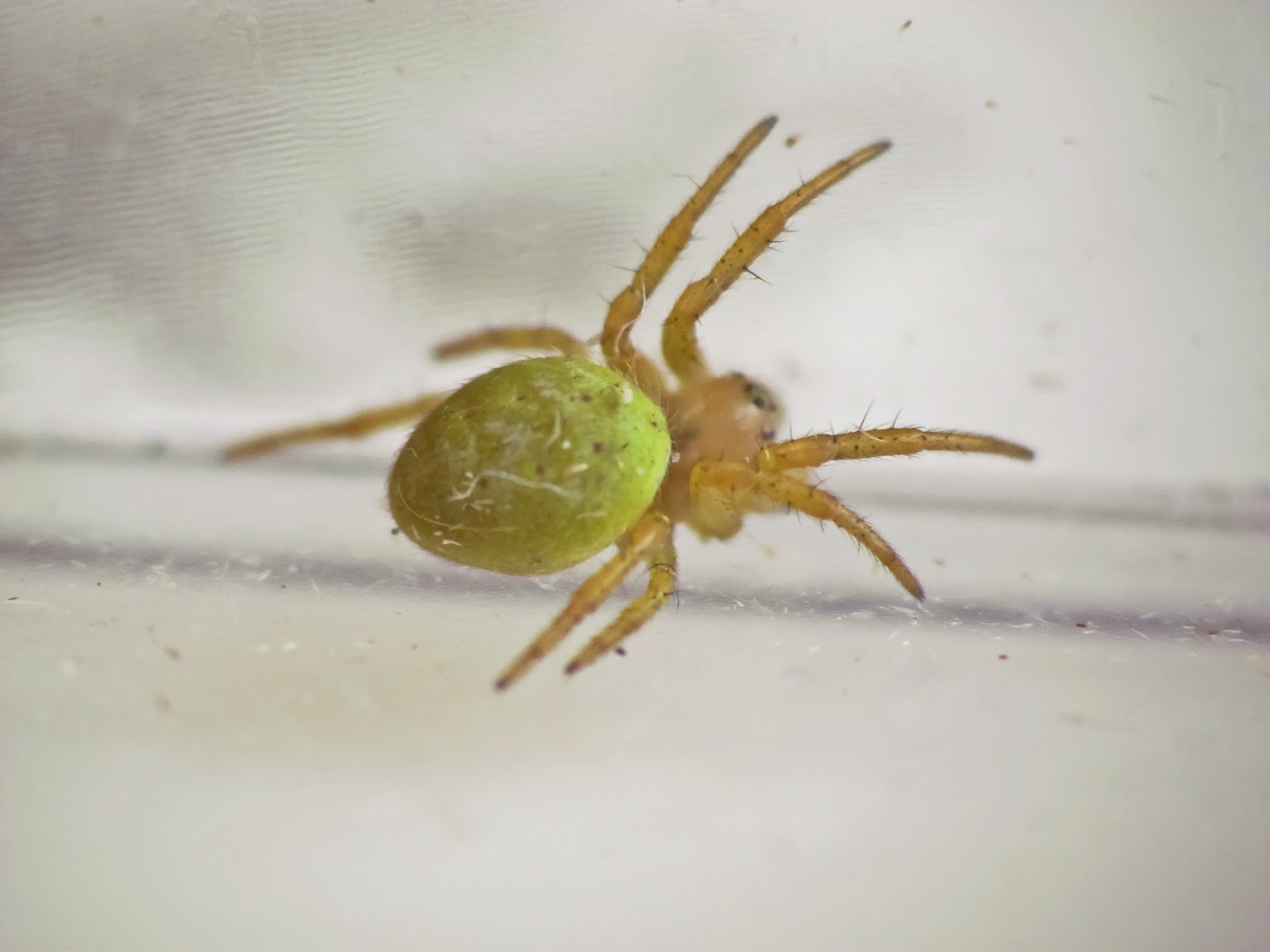 Reluctant as I am to get into the plants before they develop a bit further, it was a case of having too or fail to put any scores on the doors. Thankfully, the internet was there to help, and I managed Lords and Ladies, Small Nettle and Broad-buckler fern.
Species total up to 134
Posted by Mark No comments:


No scores on the door for this, but another nice Orange Ladybird find during Weekend 5 of the Patch Bioblitz challenge. It was awake and feeding on a Sycamore.

However, with much foraging, a few morsels were added to the pan listing smorgasbord....

From orange to yellow, the first Yellowhammer of the year was a most welcome addition, I was beginning to wander where they were.
It was hard work again in the wood, and aside from the Ladybird, pretty quiet, but a selective bit of bark bothering brought me 2 nice species of spider. Below is the aptly named Silk Cell or Bark Sac Spider. He was present in his little sack ( the second white patch from the bottom), when he was rudely enucleated and bought home for identification.

This was  the result of a similar bark raid the previous day,

I had used a key in the week, as as far as I could tell, last weeks Springtail looked ok for Orchesella villosa
I'm lichen this for Evernia prunastri ...


and a double visit to this fungus satisfied me this was as suggested on ispot, Blackfoot Polypore 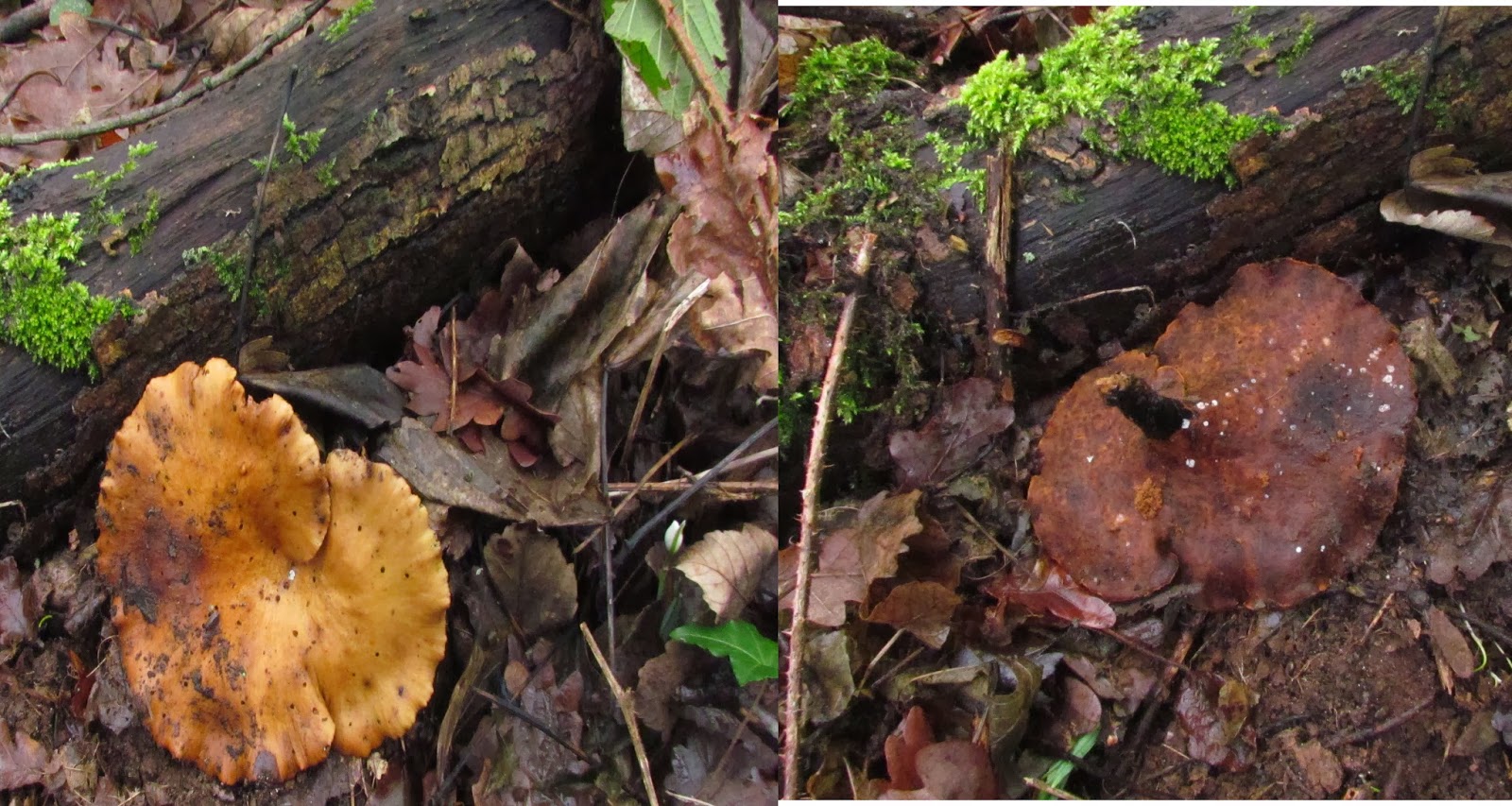 Having finally bagged a Rabbit ( well, flushed it), mammal number 4, and totted up a few bits and pieces,  the total has tip toed up to 129. It may be a struggle over the next few weeks until a few more plants make themselves a bit more recognisable, and more inverts appear, but I am really enjoying the challenge.
Posted by Mark 2 comments: